I am a young physician practicing medicine in the “motherland” of God-gifted Ethiopia, which is located in eastern Africa, south of the Sahara Desert. I want to share my personal story, as well as to expose some of the serious problems facing physicians and patients in my country.

I started medical school, which requires the highest academic performance of any career path when I was 18 after completing secondary school. Despite the push from some of my friends and family members to study engineering — specifically architecture since I am an artist — I insisted on studying medicine, keeping Frank Netter, the American surgeon and artist who created the “Atlas of Human Anatomy,” in mind.

Then it all started: seven years of life in the weeds.

This seems to be universal in all medical schools worldwide, varying from country to country, but similar in intensity. But the last year of medical school (which is equivalent to internship in the U.S.) became one of the worst years. Those of us who qualified to work with patients under supervision were required to carry out unbearable responsibilities that included not only treating and caring for our patients but many unrelated things. This included acting as guards in the hospital, transporting patients, and test samples in place of porters and providing nursing care, because of lack of human resources. Young physicians in Ethiopia comply because of fear of humiliation from senior physicians or, even worse, losing our positions and being denied the opportunity to become physicians.

We were required to work 36 hours straight, with no time off the next day, sometimes taking care of more than two dozen patients alone, because there was no one else to do the work. And we were held responsible by our senior physicians. But much of the problem is because there are just not enough physicians in Ethiopia. The World Health Organization says there is only one physician per 10,000 people in Ethiopia. In comparison, there are 26 physicians per 10,000 in the United States and 40 per 10,000 residents in Italy. Only a tiny handful of nations, most of which are in Africa, have a lower physician-to-population density.

While my junior doctor colleagues and I had hoped to see better days ahead after graduating from intern year, we have not seen them yet. The amount of time required for a young physician to serve following intern year is based on a government grading system of the location of your service, ranging from two to five years. I am required to provide service in a rural area for four years before receiving my official degree.

Many other government workers, including friends from my youth who could not attend medical school due to lower grades, receive far higher wages for their work than physicians in our country. Here’s something very distressing to physicians trying to take care of patients in Ethiopia — other government employees are given health insurance benefits, but physicians are not.

Perhaps they think we can heal ourselves? Sadly, the work of physicians is valued far less in Ethiopia than many other professions who members do not, literally, save the lives of Ethiopian citizens every day. This, I believe, adds to our desperate physician shortage.

The mentally exhausting part is that the hospital I work at is not nearly as well-equipped and carefully guarded as the offices of the politicians who run our country’s hospitals and health bureaus. Ethiopian physicians must bear witness to patients’ suffering and dissatisfaction in the care they are provided due to the dearth of basic supplies and equipment. My colleagues and I sometimes cover the cost of medications or tests for patients who must use private medical services, since government hospitals far too often do not provide for them. But because of the way physicians are undervalued in our country, our personal resources are extremely limited, and we can only help so much. And in reality, no matter how devoted we are to our patients, it is simply not sustainable for physicians to contribute financially to their patients’ care.

I couldn’t apply for a scholarship to obtain a master’s in public health, which would benefit my country, or try to take USMLE because I do not have access to the legal documents which prove that I attended medical school. To get them, I would have to pay the government $17,857 (half a million Ethiopian birr), more than the value of my medical education. This policy was instituted by the government to prevent brain drain, forcefully, but not wisely. Ethiopians have a higher pass rate on the USMLE than any other group of IMGs; there are more Ethiopian senior doctors practicing medicine in Chicago than in Ethiopia.

But instead of improving conditions for physicians in Ethiopia, which would improve care for patients by making physicians want to practice medicine here, in our home country, they created measures that make it almost impossible for us to leave, almost like a prison. Please do not misunderstand. I love to care for my patients and make their lives better by curing their illnesses. But government policies which deprive hospitals and patients of much-needed resources and undervalue the vital work of physicians, to the point that they are unable to support themselves and want to leave our country, are damaging our citizens’ health.

Breathing the fresh air in the rural area of Ethiopia, I enjoy my free time pencil sketching, writing blogs and articles, and going out for walks. There isn’t much more that a physician in Ethiopia can afford to do. Sometimes, when I get a week off, I visit my family home, which I departed nine years ago. They still think that I am a rich doctor; I can’t fight that. I have not told them that I do not have health insurance and that I must pay for paracetamol (acetaminophen) in the hospital, unlike other professionals like bank workers and government officials who have health insurance which covers even treatment abroad in the best hospitals. The only option we have is not to get sick or to take care of each other as best we can if we do get sick.

But changes must occur if the people of Ethiopia are to have access to quality medical care.

Following decades of poor administration and failed successive negotiation with the government and the Federal Ministry of Health (FMOH), Ethiopian physicians are now being forced to rally. There’s possibly even a strike in the hope of making the public understand the darker side of health care in our country and the ongoing mismanagement of an extremely valuable human resource — Ethiopia’s physicians.

So, I have become one of those optimistic physicians who are fighting for change, standing with those who are thoroughly looking into the wrongs in the system and trying to correct them. And, yes, gradual changes are being seen like the slow rising of the morning sun. Yes, seeking such change is an additional responsibility for me to focus on other than my clinical education and taking care of patients.

The fight we are fighting here is for the betterment of the health system. For equipment, drugs, and other demands to be fulfilled, so that we can give quality care and practice medicine as we learned during our medical studies. Please be aware of our efforts and support them in any way you can and please pray for a positive outcome for our struggle so that we can provide the best possible care for our patients.

Yohannes Mengistu is a physician in Ethiopia. This article originally appeared in Physician Family.

To struggling medical students: Meet the physician who conquered the "no's" 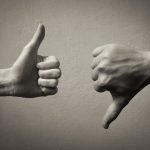 The case against the Step 2 Clinical Skills Exam 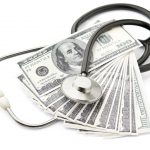