Recently, I was called to task — and probably rightly so — for signing something I know I didn’t read.

This was several months ago, when one of my partners was out on family medical leave, and we divided up all of the coverage of her patients while she was away, making sure that forms for home health aides were signed so that patients wouldn’t lose their services, that physical therapists had a copy of the signed order in their charts so that they would pass their audits, and on and on, an endless list of papers that needed to be signed.

We wanted to make sure that she didn’t return from leave to a stack of papers towering on her desk requiring signatures, with threats from home care agencies that they are going to abandon Grandma for the lack of a signed piece of paper. At some point, it got so busy that I just sort of scrawled my signature across the bottom of whatever stack of papers were pushed in front of me.

There — I admit it. I don’t read through all of those forms, don’t ensure that the goals that have been outlined in page after page of homecare orders are actually realistic expectations (“patient to be aware of signs and symptoms of their disease,” “patient will be educated about the management of their health conditions,” “patient will be advised of what to do if their health condition becomes out of control”).

I do my best to try and make sure that medication lists are accurate, but even those can be a challenge, because often these lists are generated from an outside hospitalization, where a patient has been started on an antibiotic, or an analgesic, or some other new medication, and we have no idea who started it, why, or whether the patient is supposed to continue it.

One day, I was called by the medical director of one of these agencies about a piece of paper I’d signed for my partner, and he began to quiz me about the patient in question. I informed him that I didn’t know the patient, that it was a patient of one of my partners, and that I’d signed for continuing home care in her absence.

He began to berate me, essentially implying that I was committing fraud by signing something I hadn’t read or couldn’t attest was true.

If that’s the way they want to play it, then maybe we should start a boycott on signing every one of these pieces of paper. When they write that the patient has been instructed on how to maintain a low-sodium diet, and demand we sign that, what’s the point of my signature? Am I really saying that I am sure that they’ve adequately explained to the patient what a low-sodium diet is? I’m not signing anything until I see proof that what they say happened actually happened.

We think of these forms as more something that needs to be done so that in case they are audited, they can show that yes, Dr. Pelzman thinks home care for this patient is a good idea, and he said we should continue checking up on this patient, helping them at home, making sure they don’t fall, making sure they have a safe home environment, and making sure they take their medications as prescribed.

But wouldn’t it be better if, instead of a whole bunch of paper, we actually built a functioning broad collaborative and interactive team of people working to really take care of our patients?

Take for instance, the patient going home from the hospital — sick enough to be admitted, taken care of by an inpatient team who may or may not have access to their outpatient records and providers, treated, and then ready to go back to the outside world.

The patient is often sent home with new medicines, new treatments, new limitations in their activities, and sometimes a whole new health care plan. A form is generated, an agency is engaged, a home health aide is assigned the case. But is that person who is helping to take care of the patient really truly involved in the care, integrated into the patient’s existing health care team?

Sometimes, when a patient comes to see us for a post-hospitalization discharge appointment, they come with a new home health aide, who says that they don’t know the patient and that this is their first day. How is the patient doing? What treatments are they getting? Better or worse? “Just sign here.”

They don’t know why they’re doing what they’ve been told to do or what to do if something goes awry. They are not given someone to call if things seem off; sometimes they’re not even allowed to know what a patient’s diagnoses are. But somewhere, there are some papers that have been signed by somebody (me?) that say that this is what they’re supposed to do.

And wouldn’t it be great, in this brave new 21st century with artificial intelligence and self-driving cars, if we could eliminate all this paper, if we could build a system that would help ensure that patients got the care they needed, the right care, at the right time, in the right place — nothing to sign, nothing to scan, nothing to fax, nothing to mail, no messenger showing up at your door in the middle of a busy practice session, saying “This must be signed by the end of the day or we are terminating services.”

Think of all the trees we’d save.

And maybe the sanity of everyone trying to take care of the patients.

And maybe the patients. 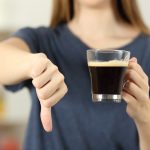 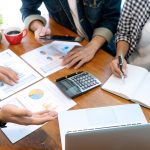 All doctors sign forms they haven’t read. Is there a better way?
7 comments