A recent New York Times piece had the catchy title, “Don’t visit your doctor in the afternoon.” It was prompted by a study published in JAMA Network Open that had the much less catchy title “Association of Primary Care Clinic Appointment Time with Clinician Ordering and Patient Completion of Breast and Colorectal Cancer Screening.” The study found that the frequency of appropriate ordering of mammograms was highest (64%) for patients with 8 a.m. appointments and lowest (48%) for those seen at 5 p.m.. Similar results were seen for colorectal cancer screening, (36.5% at 8 a.m. and 23.4% at 5 p.m.). (Why so much lower for colon cancer screening is a subject for another day.) Patients did not follow through with all the recommended testing, but the trend was the same, with more patients completing the recommended tests if they had early morning appointments.

Why is this? Part of it is simple fatigue as the day goes on. Similar results were found when the National Highway Safety Administration looked at when most fatal traffic accidents occur. The evening, but not the morning, rush hour saw the greatest number of fatal accidents. Decision fatigue is used at car dealerships, where the most expensive and unnecessary options tend to be given at the end of a series of choices. Doctors, believe it or not, are human. We get tired as the day goes on, and fatigue clearly has a negative effect on decision-making. There is also the factor that primary care doctors these days have impossible workloads, with more things to be crammed into a 10 to 15-minute visit than can possibly be done, and the ever-lurking electronic record and its insatiable demands for data making things worse. We know that talking someone into a screening test takes time, and it is much easier to do this before we are already half an hour behind schedule.

While not recommending a screening test can be made up at a later visit, I strongly suspect that other forms of decision-making also suffer as the day goes on. It is much easier to prescribe an antibiotic that we know is not needed than to explain why the patient would be much better without it. I don’t have the data, but I would be willing to wager that more diagnostic errors are made on the last patients of the day than the first.

What can be done? Ideally, doctors would have more time for a visit and not be so rushed. In the real world, when you are scheduling your next visit, try hard to make it early in the day, before your doctor is too tired to think optimally. 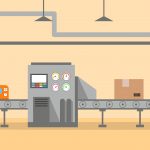 What they don't tell you at medical graduation 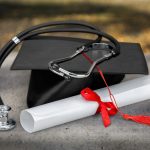 Why you should see your doctor in the morning
2 comments