Going through the process of diagnosis, treatment decision making, and often lengthy treatment without a partner can be challenging. While children, friends, and other family members are supportive, for the single individual, there is no one to talk to in the middle of the night when fear and doubt often surface. I often counsel people who have finished treatment for their cancer and who face life alone. And at some point, they are ready to start dating again. While they may be seeking my help to figure out what sex is going to be like after treatment, patients often face other challenges, some of which are not unique to cancer survivors.

Firstly, how does someone in their 60s or 70s meet eligible individuals? There are online dating sites dedicated to older adults, but many of my patients find this daunting. They are mistrustful of many things on the internet and are fearful of being scammed by a stranger who may have nefarious intent. Others find the distance created by online sites to be a safety net, particularly when needing to disclose a cancer history.

But another wrinkle in the post-cancer dating arena is that of adult children who oppose their parent dating again. This is not unique to cancer survivors of course; some children, no matter how old they are, may see their remaining parent’s interest in dating as a betrayal of their deceased parent. This is less likely to be the case when parents have divorced but children may have alliances with one parent and feel a similar sense of betrayal on behalf of their “favored” parent.

A 68-year-old man came to see me recently. His spouse had died of breast cancer five years ago. After completing radiation therapy for prostate cancer, he had decided that it was time; time to meet someone that he could share the rest of his life with and also travel with to get out of the cold winter. His adult children, with teenagers of their own, were objecting. His daughter was pressing him to have a psychiatric evaluation because she thought this might be the start of dementia.

I could barely control my facial expression.

The look on his face was worth a thousand words.

“Yep,” he said, his voice speaking to his feelings. “She’s all of 38 and thinks that she can control me. If only she knew what it’s been like for me without her mom…”

His voice trailed off.

“I miss my wife. I miss her a lot. That’s never stopped, not for a moment. Those three years that she was so sick with the cancer … I know that my kids felt it too. She was so sick and when she died …”

He didn’t need to say anymore. Many of my patients have described their feelings when a spouse has died. The pain and the loss and, for some, the relief that their loved one’s suffering has ended. But then the loneliness comes for the surviving partner, and it can continue for a lifetime. But does it need to?

Sexual relationships in nursing homes have been a source of concern where residents have some degree of dementia; family members are often asked for permission for their elderly relative to engage in a relationship. However, interference by adult children in the life of a fully competent parent is another matter entirely.

I offered to meet with his adult children, with or without him. He told me that would be too embarrassing and he didn’t think that would make a difference. We talked for a while about how he could deal with the situation. He had considered just not telling them he was dating when he finally met someone but he treasured these relationships, especially the one he has with his daughter who has been his primary support and lives close by. He did not want to lie to her or her brother (who lived in another city and who had laughed out loud at the mention of his father dating again). Our conversation ended with no clear resolution but he thanked me for my time and willingness to listen to him.

Our conversation left me unsettled. Why would adult children think they have the right to disapprove of their parent’s happiness? This man’s daughter is an independent woman with children of her own. She would likely balk if her father told her she couldn’t date if she was single. However, as with all discussions where only the aggrieved individual is present, I don’t know all the angles. What does the daughter really feel and what did she really say? Is there something missing in my patient’s story that perhaps even he hasn’t yet realized? Is there some guilt or misgivings on his part in “betraying” his wife by dating again? At this point, I don’t know because I have never seen him again. I can just hope that in talking about this he gave himself permission to find his own path. 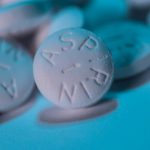 Treating a VIP benefactor of a hospital 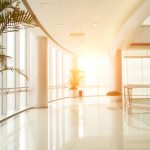 Why would adult children disapprove of their parent’s happiness?
8 comments