Washington state Sen. Maureen Walsh (R-Walla Walla) became a national headline for alleging that “[nurses] probably play cards for a considerable amount of the day” during debate on legislation mandating break periods. Many nurses have mailed decks of cards to Walsh and posted pictures of blood-spattered emergency department walls in order to call attention to “last night’s card game,” driving home the point that they aren’t “playing” anything at work.

Sen. Walsh has since apologized. But the mistaken beliefs which underlie her statements should not be overlooked. Many politicians are out of touch with everyday Americans. This is not about one legislator, one legislative body, or even one political party.

The purpose of Senate Bill 1155 was to guarantee uninterrupted meal and rest periods for nurses and medical technicians working in hospitals. This piece of legislation was important and necessary, especially after the tidal wave of hospital consolidation that swept the nation over the past few years. Sen. Walsh believed this mandate was financially burdensome for rural hospitals so argued for exempting critical access hospitals with fewer than 25 beds. While debating to include this amendment to the bill, she earned the contempt of every nurse and physician in the country.

The viability of rural hospitals, fighting to remain financially solvent despite implementation of additional mandates, must be balanced with the need for nurses working 12-hour shifts to have protected time for meals or breaks. Both are important and a viable resolution exists somewhere in between. Sacrificing meals and breaks for nursing staff already dangerously spread thin is not the solution to keep rural hospitals afloat. And indeed, Senate Bill 1155 passed with bipartisan support and will now head to the governor’s desk for signing.

The Senator’s condescending statements about the work ethic of nurses reveals that their role in health care is misunderstood and underappreciated. Nurses have an impossible job. They assume the primary responsibility for continuous care of the sick, the injured, the disabled, and the dying. The nursing profession is quite literally the “super glue” which holds the health care system together. Every aspect of medical care depends upon collaboration with nurses. Nurses are among the hardest working health care professionals and deserve our reverence and gratitude. Furthermore, nurses improve the health of individuals, families, and their communities.

Sen. Walsh has exposed the fact that both federal and state legislators have become overconfident in their ability to reform health care. In reality, it is an industry sector most politicians know little about. In fact, Sen. Kirsten Gillibrand (D-NY) and Sen.Cory Gardner (R-CO) recently introduced legislation to limit the ability of doctors to prescribe opioid medications for more than seven days — even when deemed medically necessary. The hubris of this approach seems to be growing across the legislative branch while reasonable concerns voiced by front-line health professionals are largely ignored.

Winston Churchill said, “You can always count on the Americans to do the right thing after they have tried everything else.” This sentiment echoes the tactics of lawmakers more so today than at any other time in our history. Legislators — who have never attended nursing or medical school and have no training or competency — repeatedly attempt to influence health care policy without possessing an adequate knowledge base to know what is best. At the same time, lawmakers appear to prioritize the needs of special interest groups over implementation of real, common-sense solutions.

We will all be patients eventually. Our lives will depend on the care provided by skilled and conscientious bedside nurses. We should hold our elected officials accountable when they disparage the role of health care professionals in delivering high quality health care to the patients they serve. But Senator Walsh is just a symptom of a larger problem. There is no replacement for the real-life experience and expertise that front-line health care professionals can provide. To repair the broken health care system, lawmakers should stop trash-talking health care professionals and focus on representing the needs of their constituents. Nurses save lives. Nurses are irreplaceable. And politicians would do well to remember that. 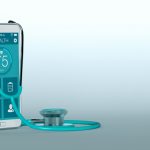 Sexually discriminatory language used against our trainees: There is no grey area 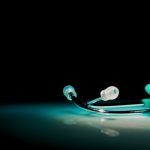