“Relic” – an object surviving from an earlier time, especially one of historical or sentimental interest. Relic derives from the Latin “reliquiae,” meaning remains and a form of the Latin verb relinquere, to leave behind or abandon.

Relics include the physical remains as well as other objects that have been “sanctified” by being touched to the body in life or death.

From high over the bluffs of the Mississippi River Valley near La Crosse WI, there was fall from the heavens. On that terrible day in May 2008, the pilot and crew of my medical helicopter program were killed instantly. To have lost any one of these dear friends individually, under any condition, would have been devastating. To lose all three, in a matter of seconds was unbearable.

Several days after the crash, I was part of an entourage sent to bring my friends home for burial. With the help of an EMS, law enforcement and fire department honor guard, we loaded three flag-draped caskets into the waiting hearses for their 140-mile journey back home for burial. Just before we left, the coroner handed me three small bags to pass on to the families of the deceased. Each contained their personal effects. Wallets, glasses, car keys, a bent wedding ring and a beeper (pager) among other things. I examined the beeper, which was carried by the flight physician. It was scratched and muddy, but I was able to turn it on. It still showed the final page out with their ETA to home base. This was followed by several messages to call base — never answered. I slipped it into my pocket.

Later that week I had the opportunity to return and visit the crash site. An eerie manmade clearing encircled it in a densely wooded area. In just a few short days after the crash, almost all evidence of the tragedy was purposely and meticulously removed except a large piece of rubber window molding oddly hanging high above in a tree. Even the ground was sanitized of any remnant of jet fuel, plowed up then covered with fresh straw. It was as if the mother earth herself was trying desperately to say, “Nothing happened here, move along.”

But the trees never lied. Several had been violently stripped of their spring growth, branches broken and trunks gouged — the sole witnesses to this heartbreak. No trace remained of the helicopter except occasional fragments of wire, insulation and small pieces of clear plexiglass from the shattered windows. The spring undergrowth would surely hide any remaining evidence in a matter of weeks. Before leaving, I gathered up a few bits of plastic and wire.

I eventually took one of the small pieces of the jagged plexiglass and carefully threaded it onto the metal ring, which holds my hospital ID. Since that day over ten years ago, it has accompanied me on every flight and hundreds of ED shifts.

Ever since I owned my first car, my rearview mirror has somehow become a reliquary. It stands as a mobile collection of my significant life events. A graduation tassel from college. My captain bars from the military. A caduceus from medical school in Scotland. Objects are occasionally removed and/or updated. Weeks after the crash, I hung the battered flight docs beeper from the mirror. It took its place next to my father’s military dog tags and crucifix that was given to me by a beloved grade school teacher. The beeper was still scratched and dirty; the batteries were long dead. On a warm day, if you held it up to your nose just right, you could still detect the faint odor of jet fuel which permeated the crash site.

Just as most relics, my collection has succumbed to the ravages of time. The edges of the plexiglass have become smooth and worn. The plastic beeper is now faded by the sun and no longer smells of jet fuel.

Time also tries very hard to fade and erase unpleasant memories and in doing so dulls the emotions associated with my loss. A natural protective mechanism.

The problem is — I don’t want it to heal. I don’t want to forget. I want to always remember. I want to remember their faces, their voices. Most importantly, I want to keep some meaningful remnant of that gut-wrenching emotion I had the moment I got the call from dispatch. “They found the crash site. No survivors. All dead.” In my line of work, such thoughts will hopefully keep me vigilant, will keep me safe.

Over the last decade, there has been a fatal medical helicopter crash on average every 4 to 5 months. The media, industry and public response to these crashes have always been and still is, very predictable. First, there is the initial shock. Followed by funerals and emotional outpouring. Then some scathing media pieces about safety, lack of regulation or inappropriate utilization. All of the media attention and public outrage gradually fades over the next few weeks. Then all goes quiet on the subject matter … until the next crash.

This is exactly why I have such an emotional attachment to these seemingly random objects. Why I hold them close. They are my physical link to that terrible day and by default a persistent connection to the lives of my departed friends. Their constant presence keeps a fire burning. I want to stay angry. I need to facilitate change.

A few months ago, I was sitting in a school parking lot with my 10-year-old granddaughter. She started fiddling with the collection hanging from my rear view mirror. She knew about Jesus on the cross given to me by my teacher. She also heard the story of my father’s dog tags. She had never really asked or thought about the beeper until now.

“What is this other thing hanging from your mirror?”

It is a beeper.

It’s something that doctors carry so they know who to call.

“Why do you keep this beeper? It’s dirty and broken.”

It belonged to a friend of mine. It reminds me of a sad time in my life just before you were born.

“Why would you keep it up there if it makes you sad?”

I don’t know, I just do. You know what? Let’s talk about something else.

“Do you want to know what I think about it.”

OK, what do you think about it?

“I think you keep the beeper because don’t want to forget about somebody — just like your dad and Jesus.”

I think you are a very wise young lady.

Michael K. Abernethy is an emergency medicine physician. He can be reached on Twitter @FLTDOC1.

In a single-payer system, who will be doing the rationing? 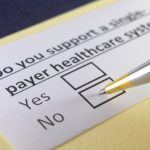 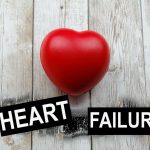