Superhero movies have long been my favorite. When I used to have a hobbies section of my resume, action adventure, thriller, and superhero movies were always listed. During one of my interviews for a medical residency position, the female interviewer asked me about that hobby.

“Why have you listed action adventure and superhero movies as a hobby, and why do you enjoy them?”

“Because they help me see that the impossible can become possible,” was my answer.

History and the current civic climate might suggest that it is impossible for women and men to be fully and equally respected in society. However, the response of the public to the #MeToo and #TimesUp movements may suggest otherwise. Recent blockbuster superhero movies would support the notion that indeed the impossible might be possible. With the release of Wonder Woman by DC Comics (2017), Purl by Pixar (2018), and Captain Marvel by Marvel (2019) in the space of two short years, it is evident that powerful and influential media moguls could potentially lead the way on an international level. I have always said that food and music bring people together. We all know that in the majority of our cultures, televisions and movie theaters do too. So much of how we see ourselves is dependent on what we experience in the media.

A remarkable moment in Captain Marvel (2019) captured the memorandum written by the character Nick Fury as a young agent of Shield (played by Samuel L. Jackson). Agent Fury was so inspired by Captain Marvel that he decided to find and bring together “more like her.” He at first thought of calling this new program “The Protector Initiative.” However, when he looked at the name of the Air Force plane flown by Captain Marvel in her earlier years, he read that her nickname was “Avenger.” He, therefore, changed the name of his entire program to use “Avenger” instead of “Protector.” In so doing, one could argue that in a sense the story of the superhero team of worldwide fame officially began with a woman. Essentially the plot suggests that the Avengers came into being because of Captain Marvel, a woman.

So powerful can a woman be that in the movie itself, when a lead male villain was turned away from destructive efforts on her planet, the villain announced, “We will be back for the weapon … the woman!” Without her saying a word, Captain Marvel’s power and might were acknowledged. In another scene of the movie, her dishonest mentor (played by Jude Law) instructed Captain Marvel to show him that she could defeat him using her natural physical fighting skills to overcome his. Instead of proceeding his way, she fought her way, with her unique powers, and the fight was over in an instant. She boldly proclaimed, “I don’t have to prove anything to you!”

Throughout the movie, Captain Marvel faced encounters with machismo, and her responses to them were stellar. When staring at a map to figure out her next move, she was approached by a man on a motorcycle who chided her for not smiling at him. After the man headed into a bar and left his bike unattended with his leather jacket hanging on the handlebar, Captain Marvel rode away on his bike while wearing his leather jacket. While the point of the scene is not to encourage stealing someone else’s bike or jacket, the brazen move illustrated the courage, zeal, and resourceful initiative of Captain Marvel as a woman leader. In fact, as a #Shero.

The movie also featured creative fighter jet moves by Maria, Captain Marvel’s best friend. It was also Maria — a woman — who helped Captain Marvel truly remember and understand the profound essence of who she really was. Beneath the superpowers, Captain Marvel was Carol — a pilot, friend, and aunt — and even then, nicknamed “Avenger.” Additionally, Dr. Wendy Lawson was the person Captain Marvel admired most in the entire universe, an exemplary woman who devoted her life‘s work to saving lives and ending wars.

My personal favorite was when Captain Marvel was chastised by a man for changing her uniform — adding red, blue, and gold colors to the original black outfit. I have to say, as elegant as black can be, adding a splash of red, blue, and gold never hurt!

With the examples of Captain Marvel, Purl, and Wonder Woman fresh in my mind, it is no surprise that I have chosen to devote my career to prevention of heart disease in the general population, particularly in individuals with a current or prior history of cancer, and especially so in women. For 20 years, I have been planning to care for the heart and play a part in the treatment and cure of cancer. While the number one killer of men is heart disease and men die from lung cancer, prostate cancer, and other cancers, in medicine and science we are realizing more and more the impact of heart disease also being the number one killer in women, alongside so many women dying from breast cancer, lung cancer, and other cancers.

It is high time for women to continue to rise up as leaders in medicine and science, and for physicians and scientists to pay special attention to the hearts and lives of women. While as a physician I enjoy caring for everyone, as a female physician-scientist, it is my duty to ensure that I help to raise up other women leaders in medicine, science, and society and elevate the standard of care for women.

Sherry-Ann Brown is a cardiology fellow.

A tragic Fentanyl story without redemption 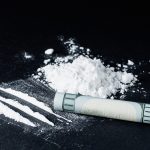 Appreciative and respectful of my privilege in caring for elderly patients 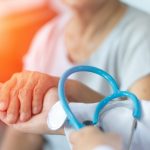 Superhero movies: a perspective from a woman in medicine
1 comments