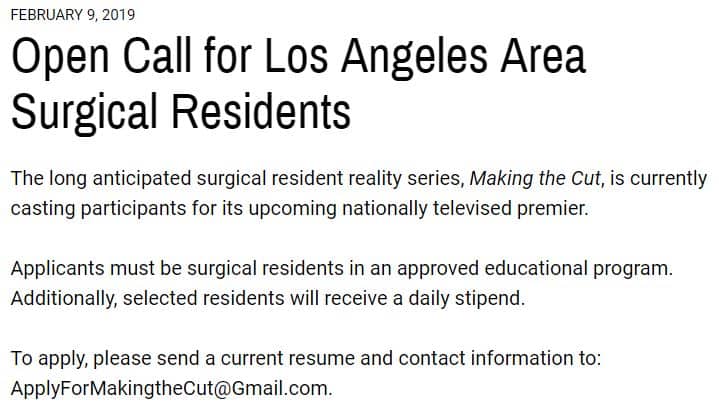 This notice appeared on a general surgery news website in early February.

I don’t know who has been long anticipating this, but I’m pretty sure it’s not people on medical Twitter. My informal, nonscientific Twitter poll garnered 707 votes with 87 percent of those responding saying they would not allow their residents to participate in a reality television show. 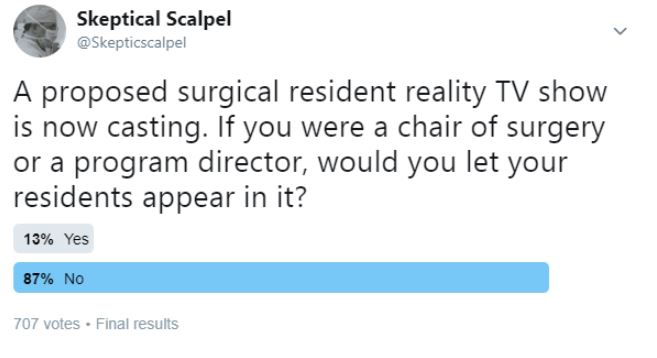 Many of those who commented were concerned about the effect cameras might have on resident behavior. Patient privacy was a big issue. And someone mentioned a previous show which broadcast a medical error to the entire country.

The history of medical reality shows is not encouraging. Some major institutions have taken their lumps. Involvement in the ABC documentary Save My Life: Boston Trauma cost Massachusetts General, Brigham and Women’s Hospital, and Boston Medical Center a combined $1 million settlement with the U.S. Department of Health and Human Services and its Office for Civil Rights over patient privacy violations.

The hospitals settled the claims despite their having obtained consent from all patients included in the show. They said they wanted to avoid having to go through “formal proceedings” and “further burden and expense.”

The OCR director said, “Hospitals must get authorization from patients before allowing strangers to have access to patients and their medical information.” I believe the key word here is “before.”

New York Presbyterian had a bad experience with the medical reality show NY Med. A woman was watching one night and saw a resident who had treated her husband after he had been struck by a sanitation truck. The camera showed a blurred-out picture of a man who said on camera, “Does my wife know I’m here?” She immediately recognized her husband’s voice. Although he was awake and talking on arrival, he deteriorated from multiple injuries and could not be resuscitated. She watched as he died.

The hospital had not obtained consent from the patient’s family to televise the encounter. The victim’s son, a doctor, and his daughter, a healthcare ethicist, filed a complaint with the state health department alleging a violation of their father’s privacy. The hospital argued that because the images had been blurred, no one would have been able to recognize the man. But his wife received a call a few weeks later from a woman who knew the family, had seen the show, and recognized him. The health department acknowledged the violation but did not sanction the hospital, and a lawsuit by the family was eventually dismissed by an appellate court.

However, the HHS Office of Civil Rights said the hospital had violated the privacy rights of two patients, one of whom was the man who had been hit by the truck. New York Presbyterian settled the case for $2.2 million. The Greater New York Hospital Association later announced that its member hospitals had agreed to no longer allow patients to be filmed for entertainment without their approval.

A Boston lawyer said the settlements were “a good reminder that hospitals need to think through any activity that will involve patient information being provided to anyone else.” He added, “HIPAA does include a whole host of permissible uses and disclosures, but free promotion is not one of them.”

Will any residency program allow its trainees to join the cast of the show? 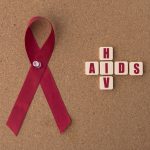 A physician's love-hate relationship with her pager 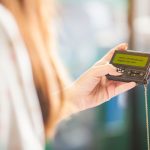