But doctors don’t always disagree well. One of the contributing factors to bullying in medicine is the complex interplay of different personality types in very stressful situations. Some doctors have personality traits that predispose them to have interpersonal conflict and being unable to see the view from the perspective of others.

For all these reasons, we must be experts in communicating and managing inevitable conflict as we are in our clinical knowledge and skills.

In this challenging environment, it is critical to understand what constitutes bullying and what doesn’t. Routine performance review, justified criticism of suboptimal clinical management, or an occasional short temper due to sleep deprivation are clearly not bullying.

Bullying is repeated, unreasonable behavior directed towards someone that creates a risk to their health and safety.

For an effective complaint of bullying to be made, one must document repetitive verbal abuse, threats or yelling; unjustified criticism; physical or mental intimidation; behaviour such as excluding, ignoring, isolating or belittling; giving people impossible tasks or timeframes; deliberately withholding information that is vital for effective work performance; spreading false rumours or lies or back-stabbing.

In an ideal world, bullying wouldn’t exist. But if it occurred, it would be dealt with quickly and effectively with an optimal human resources intervention. In a formal complaint process, a senior member of staff would meet with the complainant, alleged perpetrator and witnesses separately to ascertain the facts and to take appropriate action.

Unfortunately, we live in a less than ideal world. Sometimes, the bully and their target are brought together for mediation at the outset, which is inappropriate if the perpetrators’ behavior has been abusive. At these meetings, bullies may deny bad behavior and question the competence, mental stability or integrity of their victim, which adds to the trauma. Alternatively, a mediation may appear to resolve issues, but the whistleblower is later “punished” by the perpetrator.

Most people know that bullying is unlawful. To avoid being held to account, bullies often conduct their abuse privately or in subtle repetitive ways that are difficult to document. Unless there is written or other evidence of bullying, it can be difficult for a complainant to prove damaging behavior without witnesses. But others may prefer to stay neutral for fear of career damage. Bullying thrives in environments where good doctors say nothing.

How can we respond early to bullying before it becomes harmful and without being unfairly accused of being sensitive or vexatious?

I have learned to use a harm minimization approach if a bully targets me. It helps to speak privately to the most senior person I can trust and say something like:

“May I speak to you confidentially? I have noticed these unacceptable behaviors in X. I am not going to make a formal complaint, I can deal with them, but I am concerned that someone else will. Please talk to X privately to make them aware of the impact of their behavior. These behaviors need to stop.”

The most senior person may be another doctor, a medical director, a human resources or practice manager, a chief executive officer or a board member. It must be someone who can influence change.

Then, here is the important part: I remain objective when my trusted senior confidant tries to dismiss my concerns. I preempt their resistance, which usually comes in the form of questions such as this:

“Are you being oversensitive? Did you do anything to provoke this behavior? Can’t you stand up for yourself? Why has no-one else made a complaint about this?”

Or comments such as:

“You need to muscle up. I would never let that happen to me. I have never seen those behaviors.”

And so on. I respond professionally to ensure action is taken with statements such as this:

“I am very tolerant, but I will not tolerate these negative behaviors because they are harmful to other doctors, staff and patients. As I said, I will not make a complaint but someone else will. Do we want that to occur on our watch?”

X’s behavior usually stops with a quiet word from my colleague.

Medical workplace bullying: we don’t want anyone to get hurt; we just want it to stop.

A mysterious case of seizures in the ER 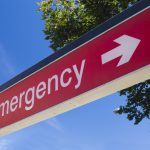 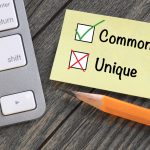