I have a story to tell. And it’s going to be hard to read. Would you believe me if I told you that the health care industry is not immune to the same gender disparities and discrimination we see all over the news these days? I realize it’s difficult to marry the medical field — with its up-to-the-minute technology and zealous quest to stay ahead of the curve, with something so embarrassingly old-school. Shouldn’t we have progressed out of this long ago? And although we compete with Dr. Google for our patients’ respect, there is still an overarching belief that the medical field is the golden palace of professions. This is where you turn on your worst day when you are seeking guidance and support — you don’t want to find out that there is something ugly going on behind the curtain.

For many people, particularly those who are not at risk for this type of discrimination, this truth seems so unlikely and uncomfortable that they shake their heads and scoff. The common refrain is this: “What are these women complaining about? It’s just as hard for men as it is for women.” Victims are hushed up and forced out before anyone catches on. Many women in health care still wear their “good girl” masks, feeling grateful they were even allowed in the door and fearful of what would happen if they speak up. And so, around and around we go, moving in circles with no hope of evolution. I have watched this happen, I have lived through it, and I find it impossible to keep quiet any longer.

What I have learned about gender discrimination and harassment has changed something inside of me. I went into the medical profession with the belief that everyone is good and decent, that hard work and grit creates a level playing field. Even as I began my medical training and slowly started to see a darker truth, I resisted it. The male patient who groped me and tried to pull me into his hospital bed was just having a strange reaction to his pain medications. I must have misconstrued the situation when my superior paged me to his call room late one night and then laughed conspiratorially with another male resident who walked by and joked, “Adding another hash mark tonight?” That attending who whistled to me like a dog on rounds and said, “Here, girl!” just had a misguided sense of humor. And the preceptor who pulled me into a full-body hug outside of an ER late at night and said, “Do you think people think we’re having an affair now?” certainly didn’t mean to make me uncomfortable, right?

Back in my day, the nurses warned the female students to keep quiet when, not if, we were sexually harassed. We were told that reporting would make us look a “certain way,” that women had tried reporting, and nothing good came from it. So, when it happened to me, I smiled through it, actually feeling proud that I wasn’t a “certain way.” I could hang with the men; I was worthy of my seat at the table. I could take a joke.

“You have a nice face, but you look like a little boy in those scrubs. You’ll get further if you wear them tighter.”

“Trust me, don’t ever have a baby because it will ruin your career. Just get a dog.”

“You’re too pretty to be a doctor. Why didn’t you just become a nurse?”

It came at me from all sides, from patients, colleagues and even strangers. There was the older gentleman with diabetic neuropathy whose feet needed to be checked for sensation every morning on rounds; he would reply to my inquiries with responses like, “Yes, I feel your warm, soft fingers … and the sensation doesn’t stop in my feet, if you know what I mean.” There was the male teammate who leaned over and whispered in my ear while I was presenting on rounds, “I drove past your apartment last night and noticed your roommate was gone. You were all alone in there…” There was the complete stranger standing in the breezeway of my residency clinic who said to me, as I walked by with my abdomen swollen with pregnancy, “When your baby comes out, I’m going to find you and fill you back up again.” And there was the preceptor who openly disliked female doctors, shutting doors in my face as I tried to shadow him in clinic and leaving me out of learning opportunities in favor of my male classmates.

Let me be clear, my medical school and residency experiences were phenomenal. I believe that leadership did what they could at the time to keep us safe. I vividly recall the dean of my medical school seeking me out to be sure all was well with me. I chose to stay silent out of fear, and I own that decision. Many of the men I have come across throughout my career have been absolutely wonderful: excellent team players, inspiring teachers, and warm and caring human beings. Unfortunately, enough of them were “less evolved” that I started to get nervous and jumpy around men.

Over time, I changed the way I dressed, the way I walked, the way I carried myself. I lowered my voice, trying to disappear in groups of male colleagues. I altered my patterns at work so I could hopefully avoid any uncomfortable situations. I started feeling panicky and nauseated before work. There was even a period in which I flinched and felt a moment of disgust when my husband flirted with me because it felt all-too-similar to unwanted advances and comments at work.

“I don’t know if I want to work with you, but I would definitely marry you.”

“Let me know next time you go outside in that skirt. It’s a windy day…”

“You should definitely wear a tight dress with a lot of cleavage if you want people to listen to you.”

“I really like you, Quinn, but you’re not making me feel as special as you could.”

“You’re not planning to have more kids, are you? I need to know your commitment level.”

“You’re going to have to make a choice: do you want to be a good doctor or a good wife and mother?”

I watched with the rest of the world as powerful men in Hollywood fell from their pedestals in disgrace. Other professions joined in the conversation in an effort to move forward in a better way. I wondered, “Why is no one talking about what happens in medicine?” Day after day, I would go to work, care for my patients, grit my teeth when something uncomfortable happened, then go home … and look at my daughter. My daughter, who sheds tears for homeless people and worries about birds and rabbits on cold nights, who believes that everyone is good. What was I doing to make this world acceptable for her?

As time went by, I realized that by staying silent, I was making a statement. By continuing to provide my time and my energy and my talent, I was casting a vote for the wrong side. As a woman, if I am willing to tolerate other people’s poor behavior and to keep their dirty secrets, then I am inadvertently participating in this cycle. Walking into work each day felt like crossing a moral picket line. There came a point in which I simply could not carry on that way any longer. I realized that no one was coming to fight this battle for me. I was the one I had been waiting for.

Like most victims, my courage battles it out with fear of retaliation, so I will leave out the details but suffice it to say, I fought hard. I saw the dark underbelly of the beast. I walked through fire and suffered the fall-out but with time, I became emboldened. And, I discovered, when someone tries to silence me, I get really, really loud.

Since those difficult days, I have completely evolved. The scared young woman who scurried around, terrified to speak out but demoralized from remaining silent, is long gone. I very nearly left medicine completely but here’s the thing: I love practicing medicine. I love my patients and their families, helping them grow and heal, advocating for them. And I’m good at it. Like, really good at it.

I managed to find an organization that is more evolved and supportive than I dared to hope, that stands by its providers and celebrates our gifts. Without meaning to, I began to represent something to people around me. I started journaling, then blogging, then publishing. My work earned a hundred shares, then a thousand, then hundreds of thousands. The girl who was once silenced has become the woman people turn to for guidance. It feels significant, this journey I’ve taken.

These days, I cycle between nearly bursting with all of this positive momentum and just plain feeling exhausted by it. Sometimes, I just want to turn my back. I’m happy now, pinching myself with the good fortune of where I’ve landed, surrounded by incredible people every day. I’m laughing again and learning to stop flinching when I hear a male voice in the office corridor. The fear I felt for so long is starting to lose its grip. I don’t want to think about what I went through anymore. But every time I start to slip back into that quiet place where women hide away so they can feel safe, another woman reaches out and says, “Me, too.” I see the pain in her eyes, and suddenly I’m right back in the fight. And hey, staying quiet didn’t keep me safe anyway.

I will continue to lend my voice and to make things uncomfortable for people and to place a bright light on ugliness until this profession, and every other is safer for all of us. I’m not bitter or broken, but I am resigned: this tired type of behavior and the marginalization of women in medicine and in all professions must end. Women from all walks of life, from all backgrounds, representing all ethnicities and cultures and socioeconomic brackets are standing up and sharing stories that are hard to hear but must be shared. Yes, I’m weary and battered but I’m still in the fight I never wanted.

Quinn Bensi is a pediatrician who blogs at Opening Up with Quinn Bensi. 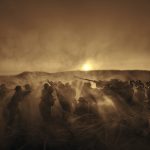 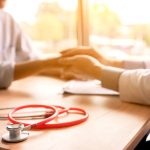