I met the medical criteria for infertility one week before starting my journey to becoming an abortion provider. In my second year of residency as a family physician, my husband and I began trying to have a child. At six months without success, we impatiently embarked on an early laboratory workup that was normal. After one year of failing to conceive, we were officially infertile — and I was simultaneously pursuing my professional goal of providing terminations by training at an abortion clinic. Consequently, I started my major exposure to surgical abortions at the moment I learned we would struggle to achieve parenthood.

Looming over the start of my abortion rotation was the unknown of how I would I feel about the women undergoing terminations. I had performed medical abortions during our first year trying to conceive without any struggle. In this work I had also identified a different type of satisfaction than I had previously felt as a physician  —  one more immediate, knowing I had enabled a woman to take control of her life in a way I often struggle to do with patients’ diabetes or hypertension. My own fertility issues never arose while I was working, and the experience reaffirmed my desire to become an abortion provider while confirming my ability to separate my own medical issues from the medicine I sought to perform.

But surgical abortions would be different. Medical terminations mainly involve a conversation between patient and physician and a pill; surgical abortions are procedures involving products of conception at various developmental stages.

Would I still be able to compartmentalize my role as a physician from my own fertility struggle? Would I start resenting women who had multiple abortions or who refused birth control afterward? For weeks, I used ovulation kits in the mornings before heading to the clinic and was able to forget about my infertility until returning home. I spent my days performing procedures and my nights fearing my period’s arrival, drinking raspberry leaf tea in hope of boosting my fertility. I was fine, yet still, I worried that one day I would be both unable emotionally to perform an abortion and unable physically to have a child.

After completing residency and one and a half years into our infertility, I began a fellowship to secure my skills as an abortion provider. In a new city, our new doctor directed us towards in vitro fertilization. For the next year, on any given day I was performing multiple abortions or going in for my ultrasounds and bloodwork, injecting myself with a cocktail of hormones to trick my body into preparing for pregnancy. During this time, while becoming skilled in abortion care through the early second trimester, we failed our first attempt with IVF.

Then one day, I thought we were done. Our second round of IVF was successful, and at our first prenatal visit at 11 weeks, we heard the heartbeat. I underwent a blood test to screen the fetus for genetic abnormalities because at almost 35 I was considered “elderly,” and at 12 weeks we learned from this test that the fetus had Down’s Syndrome. The day before this test, my husband and I had briefly discussed what we would do in this situation and immediately agreed we would terminate the pregnancy, but the tone had felt purely hypothetical. When I called my husband with the results, we realized we were about to end a pregnancy we had waited so long to achieve.

I underwent my own abortion in a hospital under general anesthesia. Although I perform most terminations with patients awake, I decided to be asleep. The consent forms I filled out were explained to me only briefly, as I knew them almost verbatim from reviewing them with my own patients. This physician was compassionate, and the staff was supportive. There were no complications, and I left the hospital groggy and appreciative for such a timely and relieving experience.

Five days after my abortion I returned to providing terminations. Free time was my enemy, and I needed to see how I would feel performing abortions in the face of my own experience. The patient was a young woman who was about to start college and did not want a child to interfere with her education. As soon as we began to talk, I stopped thinking about myself entirely and focused only on her story. I performed each step of the procedure exactly as I always did, constantly checking in with the patient to see how she was tolerating it both physically and emotionally. Once the abortion was over, I took a moment to remind myself that just a few days before I underwent the exact same procedure for a different reason. But there was no other emotion  —  no resentment or jealousy  —  only satisfaction for a smooth visit and a newly unburdened young woman.

I became an abortion provider because I want the ability to help women no longer feel trapped by their circumstances. My infertility will not impact my ability to continue this work because I now understand that my patients and I are at opposite sides of the same battle to take control of our reproductive health. We are both trapped by our biology, in fear of being stuck with the consequences of our bodies’ machinations.

Yet for my patients seeking terminations, there is something I can do to help them regain control. Their reason for seeking an abortion is irrelevant, and that attitude did not change after my own termination. Undergoing my own abortion strengthened my comprehension of the burden of an undesired pregnancy, opening a window into the other trapped world I had previously only observed. Although I have minimal control over how I have children, I possess the tools to help other women reclaim their reproductive choices. I must do everything I can to ensure women, including myself, never lose this control again.

Lael Greenstein is a family physician.

Best jobs for retired physicians: What are the options? 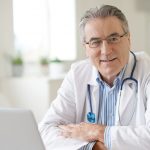 What caring for 6 generations can teach new doctors 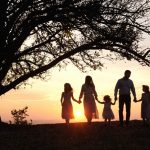