Though many are not thrilled about the April 15th deadline, death is an even more inevitable part of life than taxes.

Sometimes we try to lessen the impact of death through our words:  bit the dust, bought the farm, kicked the bucket, flat-lined, passed on, checked out, gave up the ghost, met his maker, paid the piper, put out of his misery, laid to rest, six feet under, pushing up daisies, etc.  If I start with some of these phrases when having to tell family about a loved one, it still needs to be stamped with the word “dead” in order to get the final message across.

For some, death is sudden and completely unexpected.  Many of these had injuries that were “not compatible with life” and never get transported to a hospital.  I, like many first responders, have a few of these vividly seared in my brain via all five senses.

Some deaths are senseless.  I’ve been involved in the all-out resuscitations of three infants who died from abuse.  In these cases, the coroner was unable to determine which of the lethal injuries they had sustained was the ultimate cause of death.

Some deaths are equally senseless, but somewhat more foreseeable, especially when addiction and/or major depression are involved.  Many of us have tried to draw these folks from the slippery, sloping cliff edge, only to have temporary victories destroyed by the addiction and/or depression winning.

Sometimes death can be partial.  Alzheimer’s, strokes, heart attacks, and addictive substances destroy portions of our brains and bodies.  Physical and emotional losses can kill off being able to see hope.  It hurts to have close friends and family move far out of our lives, but the sting is less painful now due to communication options.

Sometimes death is like pregnancy, but with the opposite percentage of happy endings.  Often this involves an up-and-down battle with cancer over days (like a long-time nursing colleague) to years (a local 18-year-old losing against the tumor he named “Michigan”).  As time progresses and things grow, we usually can sense when the end of the birthing (or “deathing”) story is near, but the exact minute is not known until it happens.  There’s no doubt that cancer does suck when it wins and brutally leaves people with just a shell of who they were.

Impending death is hard to swallow, as we medical providers don’t like to give up.   It’s even harder when it’s someone we love.  I know that at times “medicine” has crossed the line from helping God to stopping God from being God.  Sometimes we need to “surrender to reality,” stop medications and machines, and “let God” take over again.

However, I’m torn when I read about someone dying surrounded by their family and loved ones.  I’m glad that I was not there when my dad died.  My family and I have happy last memories of him talking and smiling and enjoying being with us.  For some people it is best to be holding their loved one and to sing them into eternity.  But at this point I hope that’s not the last memory folks have of me.

A few people have briefly “cheated” death.  I have seen some come back with blood-curdling screams, and others with a renewed determination to maximize life, knowing they were sent back with a purpose.

Though in emergency medicine and EMS we train for the worst-case scenarios, we seem to end the prep before dealing with death.  After going to three of my mom’s siblings’ funerals within a few months, my parents both wrote out their funeral wishes and put them in a box with important papers. We had to open that box for my dad four years ago.  My mom’s is still there.

Funerals and graves are not for the dead, but to help us who are still breathing to live out the rest of our lives more fully.  It’s pretty useless to wait for a funeral eulogy to tell someone how much they are appreciated.  I need to keep remembering this and not add to times I want to kick myself for not expressing these thoughts earlier.

To those who work in fine line environments, keep up the good work!  I know that sometimes death can wipe almost everything out of us.  Recharge when possible.  Prepare for the inevitability of death.

Thanks for listening.  Grab a long-distance hug or high five from me if you need one and share it with a colleague as needed. 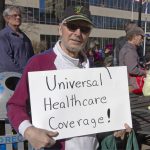 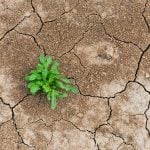