Here is a simple question: In terms of social media engagements, who is the most popular athlete in the world?

Philanthropist Lebron James? Not even close.

International superstar Cristiano Ronaldo? It used to be.

For those of you now drawing a blank, unable to conjure up a face to fit the name, go ask your kids if they have ever heard of the eSports phenomenon more commonly known as Ninja.

The era of eSports is among us. Teenagers are more likely to hop onto Twitch, a website used to broadcast live video game playing by people know as streamers, than turn on a major league baseball game.

Other than sounding hip to your kids, why does this matter to health care professionals?

This new era of athletes comes with their own unique set of medical complaints more akin to office workers than million dollar talents. Colleges across the nations are attempting to attract this new generation with the formation of eSports teams, recruiting with the same diligence they select their starting quarterback.  Just as with any other highly competitive field, success requires constant training and dedication, and just like any other sport, this commitment comes with a specific set of injuries.

For gamers, their ACLs and menisci may be relatively safe, but extended periods of sitting and relative immobility opens an entirely different can of worms.

Despite eSports’ exponential emergence, research and knowledge into this new generation of performers and their health is relatively scarce, as the stigma of gamer-nerd hardly necessitates a visit to the sports medicine physician. However, the landscape has begun to shift.

A new article published in the BMJ found that back and neck fatigue affected almost half of the college gamers surveyed, and only 2 percent of these eSports athletes sought medical attention for their complaints.

To achieve Ninja-level success and compete at high levels, where tournament prize pools can reach seven figures, gamers often must “grind,” a.k.a., spend more than half of the day, five to seven days a week, streaming the same game to advance their skills and attract more viewers. During those extended sessions, they often neglect hydration, nutrition, and maybe even that nagging paresthesia in their first three digits.

In a routine social history, we ask about marital status, occupation, drug use, diet, fitness habits, the list goes on. How about we add one more? A question as simple as, “Do you play video games?” will allow practitioners to isolate and address specific issues that might have otherwise been overlooked. In a changing world where over 72 percent of teenagers play video games, pediatricians and primary care providers might find themselves in a new role: eSports medicine physician. Knowledge of the field and the specific set of injuries that comes along with it will allow practitioners to more effectively understand and treat their patients. 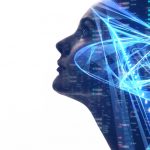 A physician leaves her practice and finds beauty in the struggle