I barely remember walking out of the hospital that day. After a nearly 30-hour residency shift, I was in a bit of a daze. I trudged across the main parking lot, staring absently at the coffee-colored snow beneath my boots. I have no memory of reaching the crosswalk to the main road or even stepping on to it. What I do recall is the loud, startling screech of brakes.

“Did you even look before you stepped onto the road? It’s icy! I almost couldn’t stop in time!”

A man’s voice boomed through the window of a black truck that had come to a halt, inches from me.

I opened my mouth, but no words came. So, I looked down at my feet and just kept walking, my speed increasing as the man continued to shout. “Don’t you even care that you could have died?”

No, I don’t care, I thought in response as I reached my car. I settled into the driver’s seat, started the engine, and pulled onto the street. It wasn’t until I’d passed the second stoplight that the realization hit me. I had almost been hit by a truck. I had nearly died. And I didn’t care.

It was the not caring part that frightened me the most. It wasn’t exactly suicidal, but it wasn’t normal, was it? Didn’t most people care if they lived or died? I stopped my car in front of my apartment, suddenly paralyzed. I thought I might cry. In fact, I thought I should cry. But all I did was stare blankly at my steering wheel, astonished by my own indifference.

Looking back on that moment now, my reaction surprises me less. I was chronically sleep deprived, lacked exercise, lived on a diet of convenience foods and had no family or support network nearby. I worked grueling hours, in a system that demanded constant intellectual alertness. And trapped by my education loans, years of commitment, and type A personality, I just could not walk away from an occupation that was draining me of my will to live.

And, perhaps, I was not alone in feeling that way. Physicians have long had disproportionately high suicide rates. One 2018 literature review found the physician suicide rate to be double the average. Sleep deprivation, stress and stigma have been hypothesized as contributors to this issue. In recent years, physician wellness and burnout have become increasingly common topics in medical conferences and educational modules. Residency program duty hours and rest breaks have been regularly debated and reshaped. However, physician suicide rates remain excessively high.

So the question is: why? What are the root causes? What are the systems-level issues that are causing an entire population of workers to die at disproportionately high rates? If a specific occupation had excess levels of a specific cancer, what measures would be taken to study the causes and reduce the risk? Wouldn’t the industry responsible for the cancers be expected to protect their workers? Why aren’t we looking at excess suicide death among physicians in a similar vein?

As a public health physician, and the current chief medical officer of Colorado’s state health department, I am trained to ask these types of questions, to look at large groups or populations and identify underlying, systemic issues that affect their health. In my state, suicide has consistently been a leading cause of death, and we are continually examining who is most affected and why. We look at disparities by gender (mostly men), race (primarily white), age (mid-life) and occupations at highest risk, to target interventions to the population at risk. And for me, it is jarring to see my own occupation consistently identified as a high-risk group.

But it’s more than just my occupation. It’s my gender as well. Women physicians in the U.S. have twice the suicide rate of other working women. The reasons behind this have been thought to be greater family demands and work-family conflict. And I can certainly relate to this. I belong to a number of social media groups for physician-mothers, where topics often revolve around disproportionate household demands, taking career breaks or reducing hours to try and balance work-family life. Studies have certainly confirmed gender differences in domestic and parenting responsibilities among male and female physicians. And a 2017 study examining depressive symptoms among physicians in training found significantly elevated levels of symptoms due to work-family conflict in women.

Thinking back on the challenges I’ve faced as a physician mom, I can certainly imagine that time banks, on-site childcare or laundry, meal-delivery or house cleaning services might have made a difference in alleviating my stress. Even thinking back to my residency training, to that moment I sat paralyzed in my car, I wonder if these types of services, along with on-site access and dedicated time for physical activity, meditation, and other wellness activities might have alleviated what were likely symptoms of depression.

Some health care employers are beginning to pilot these types of services in the workplace. But there needs to be more than pilots and hypotheses. We need to address this issue using a population health lens. So often with suicide, we focus on the individual and what led that one person down the path to suicide. But there are larger, occupation-related issues that are occurring at the health care systems level that we need to examine. Physician suicide is an occupational health crisis, that’s every bit as alarming as occupational cancers or pulmonary diseases. It deserves the same attention.

A physician walks into the homes and lives of disadvantaged families. Here's what she learned. 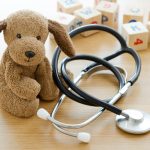 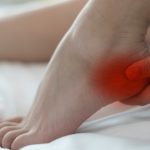