I lost my attending to suicide. A lot of things about life changed that day.

In the days of grief that followed, I was consoled by my mentor who suggested we meet outside on a patch of grass near the hospital. As we shrinks say, we needed time to emotionally process. I remember being grateful that I was going to get fresh air. The hospital felt suffocated by the all too present reminders of the fun workspace we all used to share. My brain was now forced to label these memories as pre-suicide. As we took time away to debrief that day, my mentor noticed a ladybug crawling on my arm. Through my face of tears, I halfheartedly responded to this observation by saying, “These ladybugs are following me everywhere … I just can’t seem to shake them.” I elaborated on how annoyed I was that my house unexpectedly became infested with hundreds of ladybugs- practically overnight. My mentor, after pausing a few seconds to contemplate the eccentricity of this matter, then stated, “Do you think it is possible that this is a sign … like what if ladybugs are your sign from her … like her way of saying I’m OK and you’re going to be okay too?” I was quick to shrug off the animistic notion that this mere ladybug was a sign from a higher power.

Weeks later the clan of ladybugs finally moved out of my house, and it was out of sight, out of mind. Another month or two went by, and l found myself having a particularly grueling day at work. Near the end of that day, out of the corner of my eye, I found this lonely ladybug making a home for herself on top of a box of tissues … in my office … at work. At this moment, I found myself thinking back to what my mentor had said in those early days of grief. I began considering the possibility that ladybugs were indeed a sign. That inconspicuous ladybug resting on that box of tissues jostled a memory from a pre-suicide time when we turned our office into a photography studio for a Charlie’s Angels photoshoot. I remember how we were super pumped about the idea, but the interns and medical students were less than enthused. I found myself scrolling through my the photos saved in my iPhone from that day and for the first time, in what felt like a long time, I smiled while thinking of her. The heartache of grief was no more.

A year went by. As the clock struck midnight, I again had one of my ladybug encounters. This time was different though; I couldn’t quite put my finger on it. It wasn’t until I came into work the next day when I learned how I, my ladybugs, and this story had come full circle. I realized that it was the one-year anniversary of this tragedy. Over the past 365 days, ladybugs have appeared in my life over various intervals of time in both obscure and obvious places. And you know what, they always seem to remind me of the times I spent learning, laughing and working alongside her.

Kristen Langlois is a psychiatrist. 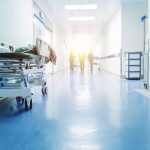 Is gaming disorder a real addiction, and how can I tell if it’s affecting my child? 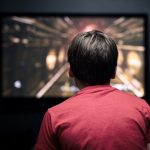 I lost my attending to suicide: a story of loss and ladybugs
5 comments