It’s no secret that in today’s health care market, insurance companies are calling the shots. As a pediatrician in private practice for almost two decades, I’ve seen insurance companies transform into perhaps the single most powerful player in today’s health care landscape — final arbiters whose decisions about which procedures or medications to authorize effectively end up determining the course of patient care.

Decisions made by insurers, such as MassHealth, have arguably killed patients. But it was only when I got caught in the crosshairs of an insurance company auditor with a bone to pick that I fully appreciated their power to also destroy physicians’ careers.

My nightmare began around two years ago, when my late father, also a physician with whom I was in practice, and I opened our Silverdale clinic on a Saturday. It was the start of flu season, and we’d just received 100 doses of that year’s flu shot. Anxiety about the flu was running high following the death of a local girl from a particularly virulent strain of the virus a year before, and parents were eager to get their kids immunized as soon as possible.

Under Washington law, adults don’t even need to see their doctors to get flu shots. They can get them at Walgreens, directly from pharmacists. But because children under nine are more susceptible to rare but life-threatening allergic reactions, they must be immunized by a physician. This meant that, for convenience sake, parents often scheduled their kids’ annual checkup on flu shot day, thus allowing them to condense much of their routine care into a single visit.

That particular Saturday went off without a hitch, with my father and I seeing and immunizing around 60 patients between the two of us over a 12-hour day.

Three months later, a representative from the insurance company requested to see some of the patient charts from that flu clinic as part of an audit. Aimed at rooting out insurance fraud by cross-checking doctors’ records, these audits have become a routine fixture in medical practices today. To incentivize their auditors to ferret out the greatest possible number of irregularities, and thus boost the corporate bottom line, auditors work on commission, being paid a percentage of the funds they recover.

The auditor in charge of my case failed to turn up any irregularities in our documentation. But, still, she issued a stern admonition to my father and me, ordering us not to open our clinic on Saturdays to administer flu shots.

This struck me as an outrageous restriction, considering our clinic is a private entity where we set our own hours and schedule accordingly, and so I called the auditor. But instead of backing down, she ratcheted up her rhetoric, saying she was also forbidding me from examining my patients before immunizing them; clearly a bid to save her employer even more money. I was shocked. Her directive amounted to practicing medicine without a medical license — which is, of course, illegal in the state of Washington and many other states across the nation.

I shot back that immunizing infants and small children is a serious undertaking, requiring proper caution and care, informed her there was no way I would be complying with her mandate. Following this brief exchange, she took it upon herself to report me to the Medical Quality Assurance Board, the government-backed body charged with shielding the public from unqualified or unfit doctors. The accusation levied against me? Not following an insurance company mandate which, in her opinion, amounted to unprofessional conduct.

It didn’t matter that the charges against me were ludicrous. The potential consequences were only too real, and potentially catastrophic. Had the State Medical Board decided against me, I could have lost my license. I hired a lawyer, sinking more than $8,000 into legal fees. I was cleared last month by a unanimous committee vote. But other physicians facing similar situations may not be as lucky.

The 18 months of excruciating stress that followed my altercation with the auditor made it patently clear that insurance companies wield far too much power. Bureaucrats are making life-and-death medical decisions without a single minute of medical training, and their auditors are terrorizing physicians, by coercing state medical boards to act as their henchman. Unfettered by any consequences for enforcing policies that fly in the face of rules protecting patient safety, insurance companies will continue to harm doctors and patients alike if no one can stop them.

Practice at the top of your license: What does that really mean? 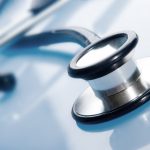 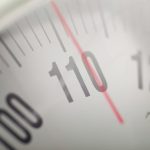