An excerpt from The Perfect Dose.

Walking towards the clinical rotation to take care of patients after weeks in the research labs was never easy. The long hallway between the two buildings had an almost transformative effect on Mann as he transitioned his persona to that of Dr. Mann. His clothing changed from jeans and V-neck T-shirt to suit and button-down shirt. The shoes went from comfy casual to double monk straps with a meticulously matched belt. The combination of clothing and environment made his walk heavier, his posture straighter, and his thought process more focused. The change was particularly jarring in light of the recent advances that his lab had celebrated. He felt clumsy on his feet as he struggled to find the right tempo, but immediately picked up the serious doctor attitude when he walked into the nurse’s station where the interns and residents were waiting for him.

Like random bad guys in old James Bond movies and Stormtroopers in Star Wars, all interns and residents looked exactly the same to Mann. Hardworking, overprepared little clones ready to change the world one patient at a time. At the start of every rotation Mann held out hope that the group would include a reasonably attractive resident, or at least one who knew the difference between the Zucker and the Coen brothers and would appreciate a good movie reference on occasion. At first glance this group was not very promising, although he held out hope that the senior resident sporting a beard and man bun would at least be able to point him towards the latest hipster bar or restaurant. Otherwise, it appeared to be just another humdrum month of cookie-cutter residents meticulously admitting, presenting, and discharging patients in a slow-motion version of meet ’em, treat ’em, street ’em as they push the patients through social workers, physical therapists, and the occasional medical treatment.

After brief introductions, Mann and the new resident team exchanged cell phone numbers and overly judgmental first impressions of each other, while the senior resident pointed the way towards the first patient on the list. The team dutifully walked down the hallway and into a patient’s room with Mann in front, the senior resident at his side while the drones and drones to-be (identified by their shorter lab coats) followed closely behind.

Doug the intern (her name wasn’t Doug, but it had been a long time since Mann bothered to remember the interns’ names and just referred to all of them as Doug), presented the first patient:

By then, Mann had already reviewed the patient’s lab tests and electrocardiogram on his pad and glanced up to see the patient was sitting up in bed texting, and made up his mind: late-twenties grad student, anxiety, thinks he’s having a heart attack. He’s not. He then thought optimistically that this should lead to a quick discharge unless Doug decided to unnecessarily nerd out.

As expected, Doug continued with a carefully crafted 10-minute monologue, meticulously describing the details of the extensive history and physical she had performed in an attempt to demonstrate complete mastery of her patient. The rest of the team dutifully nodded along, while the patient just wanted to know if he was going to live another day and nervously scanned the faces of the team looking for a clue as to his prognosis, not unlike a defendant looking at the faces of the jury as they return from deliberation.

Mann had been in this situation many times before, and had been told enough times by the powers that be to avoid interrupting the Dougs of the world, lest their egos get bruised. So he had worked out variations of the interested face, which included the thoughtful “Mm-hm,” the deep-in-thought “Hmm … that’s interesting” and in cases where he wasn’t paying anywhere near appropriate attention the Socratic, “So, does the group concur?” After cycling through these variations, it appeared that Doug also considered the patient’s chest pain to be of non-cardiac origin and correctly suggested that he decrease consumption of caffeinated beverages and if possible decrease life stress, both of which appeared reasonable to the rest of the nodding Dougs and were in fact appropriate medical recommendations, although of course were ludicrously impossible for a grad student to achieve. Mann agreed with a formal “I concur,” and the necessary, “Good job,” that seemed to be required feedback after even the most minor of tasks. He followed up with a brief layman’s explanation for the patient, who expressed his relief while texting the good news to whomever was on the other side of the text conversation.

“The next patient is Roger’s,” said Doug as the team walked out of the room, referring to the manbunned resident.

“Roger, Roger,” Mann commented cheerily, turning expectantly to the resident and then across the unwelcoming faces of the team, none of whom betrayed even the most remote facial expression of having gotten the reference. Sh*t, long rotation, he thought as he walked past the team towards the head of the group.

Jack Rubenstein is a cardiologist and author of The Perfect Dose. 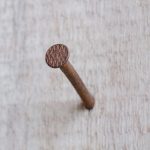 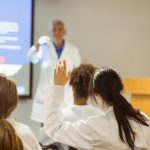