An excerpt from Close to the Sun: The Journey of a Pioneer Heart Surgeon.

In the third year of medical school, we were granted a three-month elective, during which we were encouraged to work at another hospital or in some medically related endeavor to broaden our experience. Most people went overseas. I went back to Rhodesia. I found a cheap air ticket on a charter plane, which left from Nice. I took a train from London. Having no money for a hotel, I slept at the airport. Every hour or so, a policeman would roust me and I would move on to find another place. I was not much rested when the plane left in the morning. It was a Dakota, a propeller plane with a range of little more than fifteen hundred miles. We stopped to refuel at Cairo, Khartoum, Entebbe, and Ndola, before finally arriving at Johannesburg. The trip took two days as we flew along just below the clouds, through stomach-turning turbulence in the heat of the day. Many passengers were airsick, which only amplified the misery onboard. I left the airport and found my way to the outskirts of Johannesburg, where I stood on the side of the road with my suitcase, hoping to hitch a ride. The silence on the road outside the city was a welcome shock. Rhodesia was still fifteen hundred miles away. I rode with several Afrikans farmers who were interested in my experiences in England. Finally, I was left on the road on the south bank of the Limpopo. I walked across the bridge into Rhodesia, looking at the crocodiles basking on the sandbanks below. I was home.

I arrived late at night at the Elephant and Castle Motel, on the road from Beitbridge to Fort Victoria. The hotel belonged to the Nuanetsi ranch, but the drive from the headquarters, about seventy miles, was not safe at night. My mother and Philip arrived early in the morning to pick me up. At that point I still hadn’t started doing any real clinical work at St. Mary’s—I was still waiting to fall in love with medicine. Being back in Africa made me question everything again. I told Philip and my mother that I was thinking of not going back to medical school. Shrewdly, they told me to do whatever I wanted to. I had hoped they’d argue with me and that I could be stubborn. Instead, they’d made me think—something that more often leads to a good decision than does an argument. I realized that of course I would be going back to London. After a few days at the ranch, I went up to Salisbury—now Harare—where my godfather had arranged for me to join the Department of Health. I was to embark on a medical safari to examine the native population. The department provided a Land Rover, two medical orderlies, and a native ascari, or policeman. The ascari usually accompanied the DCs on their trips into the bush, and he knew what he was about. I drove, and the ascari and one orderly rode in the cab with me, the other orderly in the Land Rover’s open back with the equipment. We covered about twenty or thirty miles each day, then set up camp. Somehow word went out that a medical officer had arrived, and in the morning there would be a long line for the clinic.

Everyone in the village came out, and each, in turn, had to be seen. I was expected to prescribe something for everybody, as they would be humiliated to be sent off with nothing. Naturally, there wasn’t anything wrong with most of the people I saw—the most common notation my orderly made in the record was NAD for “nothing abnormal discovered.” Nonetheless, I’d hand over some aspirin or a skin ointment and call the next case. Some people were sick, however, including a few that I could not help except to tell them to get to a hospital if possible. Snake-bites were a common issue. In some cases the affected limb had gone gangrenous. There were traumatic injuries from accidents or encounters with animals. I saw several people with leprosy. And there were serious, sometimes advanced cancers. I saw one woman with a tumor on her jaw so large that she could not close her mouth. I also stopped in to examine a young man with what was surely one of the world’s last cases of smallpox. He was covered in pustules. The villagers had wisely confined him alone in a hut, where he was being fed but was otherwise quarantined. I stayed on to care for him for several days. He survived. Although unrest was spreading in Rhodesia, as yet it was not an all-out civil war. Most people still believed it would pass and Rhodesia would remain as it was. But there were certain places the ascari told me we could not go because it had be-come too dangerous. This was new. The dangers I’d grown up with had all been of the nonhuman variety. These weeks were a remarkable interlude. By day I was a doctor—nobody I treated had any doubt. When we camped for the evening, I had little to do. I stretched my legs, washed, and changed, then had dinner, prepared by one of the orderlies, by the campfire. I would then make notes in my tent about the day’s activities. I paid particular attention to the various eye ailments I observed. I later wrote this up and published my first paper on the occurrence of eye disease among African villagers.

Stuart Jamieson is a cardiothoracic surgeon and author of Close to the Sun: The Journey of a Pioneer Heart Surgeon.

Measles outbreaks: Getting to the root of the problem 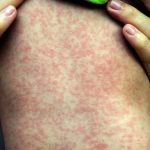 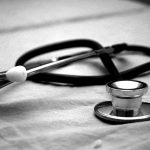