I never really had a true mentor. Or role model. I wasn’t sure if they were the same thing, or what the difference was, so I gave up. Sometime in middle school, I remember a teacher encouraging us to find someone we looked up to and develop a mentor relationship. I was 12, looked at my teachers who I thought were old, and ignored that advice.

In high school, I thought I wanted to be a journalist. While I had strong, unbelievable female teachers and role models to learn from, I was so unsure of what I wanted with my life, that there was no one I could look at and say, “Yes. This person will help me crystallize my future.” So I just applied to the best university I could get into and enrolled as a journalism major.

In college, I became close with one advisor. But when it came to a role model or career mentor it was difficult; she was an academic advisor, working in an ivory tower; I wanted to be a down in the dirt doctor. But I wanted so many other things as well. At some point, I ended up with a major in history, a passion for diplomacy and interest in genetics.

In medical school, I cycled through pediatrics, genetics, and primary care. I then fell in love, stethoscope over scalpel, with emergency medicine. Again I found amazing doctors and professors who acted as guidance poles along the way, but I still had not achieved the elusive mentor/role model relationship I was still not sure existed.

Now as a PGY-2, I am so thankful. I realized that a role model or mentor has a different definition than the one I was meant to believe in middle school. In my naivete, I had misunderstood the meaning and impact of a role model and mentor, and that misconception paralyzed me from developing essential and formative mentor relationships for years.

Until now. I realized that a mentor and role model are not synonymous all the time; however, both relationships are invaluable. The person doesn’t have to have the life that you want or mirror the life that you have. Only I can live that life. Only I can achieve the life that I want and fulfills me. A mentor is someone with experience, knowledge, and grace to guide me in a specific way towards a particular goal. A role model can serve as a moral compass, someone to admire, or someone who has achieved things that may still be your future goals. There can be multiple mentors or role models at different stages. Or one person can be both, in many ways, at the same time.

So thank you to my current role model and mentor. I know I can call you when I feel lost, or overwhelmed, know I can trust you with my challenges, and am grateful you are willing to help guide me into the rest of my career and life. Thank you for correcting that naïve, confused, and slightly haughtier middle school girl. It was a long time coming. 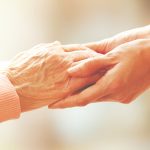 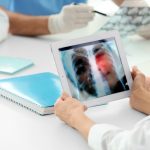 To my mentor: Thank you. I didn’t know how much I needed you.
1 comments