Driving north in a snowstorm Tuesday of Thanksgiving week I certainly took my time. I left after our Suboxone clinic wrap-up conference, around 7:30 p.m., and arrived at my unplowed driveway in Caribou about 1 a.m.

On the way up, I saw two ambulances, one from Caribou and one from Presque Isle, on their way back home from Bangor. I’ve got a large SUV with all-wheel drive and studded Finnish snow tires. They don’t, but they passed me and blew up clouds of snow behind them as they did. I also met an ambulance careening south toward Bangor down I-95 with full lights on.

I had an appointment for a telephone interview with a journalist for the next evening to talk about the challenges of rural medicine.

Distance is certainly one of them.

Not long ago I met a patient who, after a routine knee surgery, developed a lot of swelling as his hemoglobin dropped precipitously. Two hours passed before it was clear he needed emergency vascular surgery. The Presque Isle hospital has sometimes had a vascular surgeon and sometimes not. This was during a “sometimes not” time.

The Bangor vascular doctors accepted the transfer. The patient was on IV fluids, received blood and drugs to keep his blood pressure up, but it was a snowy night. Neither helicopter nor fixed-wing aircraft could fly, so there was no other choice besides ground transport.

Seven hours after the original injury, he was in the OR. Circulation to his lower leg was restored, but today he still has problems with it. If Presque Isle had had a vascular surgeon on staff, if the weather or time of year had been different, he would have fared better.

There is one full-time neurologist north of Bangor, no full-time gastroenterologist, no neurosurgeon, no endocrinologist, no nephrologist, no dermatologist and the list goes on. Some specialty services are available as once a month or so visiting doctors to each hospital’s “specialty clinic.”

There is a lot of talk among my kind of primary care clinics about eliminating health disparities, and I often hear about cultural and economic differences in access to care. But here, the biggest challenges are geographic, sometimes compounded by something as uncontrollable as the weather.

When I interviewed for my 1981 to 1984 family practice residency, I really liked what I saw in Bangor, but it seemed so far north. I instead chose Lewiston, 100 miles to the south.

As life played out, I now work near Bangor part of the week and 200 miles north of there the rest of the time. And I now think of Bangor as “south.”

I told the journalist some of these things on the phone the night before Thanksgiving as I drove from Van Buren to Caribou long after dark. I also told her that practicing primary care in a remote, rural area lets me use my training and my skills more than where there are specialists on every street corner.

I canceled my plans to challenge the tail end of the snowstorm by driving back “downstate” for the holiday after just three hours of sleep the night before and a full day of clinic work. I got an early start the next day instead. You can’t make exact plans during northern Maine winters.

When a child dies, this pediatrician grieves 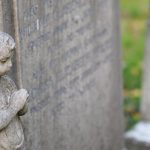 Geriatric medicine is a calling 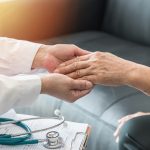