Medical practice in England in the 1500s was poorly regulated, and there was no way to distinguish between various medical practitioners. A small group of distinguished physicians petitioned King Henry VIII to form a College to grant licenses to those qualified to practice medicine and to penalize charlatans. King Henry VIII thus granted a royal charter to establish the Royal College of Physicians, London, in 1518, which was extended to all of England by 1523. The College took its self-governing role seriously, and society was safer because of it. The Royal College of Physicians stoically bore witness to centuries of progress and change and celebrated its 500th anniversary in 2018.

But, as the saying goes, those who don’t learn from history, are doomed to repeat it.

In the effort to monetize the practice of medicine, healthcare the world over has become a corporate entity. Physicians who might have taken a lone introductory to economics class as a graduation requirement (if you’re lucky), are lectured to by business and management professionals about how to “upcode” and meet or exceed this quarter’s RVU targets. It seemed beneficial to employ advanced practitioners to help increase efficiency. In the face of rising clerical responsibilities and declining reimbursement rates, MDs and DOs happily worked alongside PAs, DNPs, NPs, CRNAs, and CNMs, to name a few. This alphabet soup of medical professionals became collectively known as “providers.”

Indeed, this distinction may seem redundant and anathema to those who kneel at the altar of process efficiency and customer service metrics. For example, the Hospital Consumer Assessment Healthcare Providers and Systems (HCAHPS) survey which affects physician reimbursement adds insult to injury by not even bothering to name its victim in the acronym. The lay public still understands a physician or doctor to be a medical doctor. Ask a patient what it means to be a “provider,” and the answers get fuzzier. Lumping all medical professionals under the umbrella term of “provider” confuses our patients and does a disservice to all of us.

We are not interchangeable healthcare factory workers. Nurse practitioners and physician assistants have long objected to being called “mid-level providers,” and have lobbied to be referred to as “advanced practitioners,” which they feel more accurately reflects their level of education and training. I would argue that physician more accurately reflects my background than “provider.”

Sadly, we have helped to perpetuate this problem. Every time you hurriedly signed your name in the “provider” signature box. When you received an email addressed, “Dear Providers,” and did not correct the sender, or worse yet, sent one such email yourself. When you referred to a patient’s primary care “provider”. Try typing “provider” into PubMed, but make sure you’re sitting down before you see how many of us have bastardized our own professional title.

Words matter and they shape public perception. If the Royal College of Physicians hasn’t changed its name in 500 years, why should we? Let your hospital officials and colleagues know that “P” stands for physician.

Lavanya Viswanathan is a gastroenterologist and can be reached on Twitter @Lavanyamd. 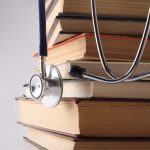 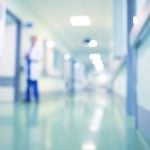