I think one of the biggest frustrations I have as a doctor is being at the mercy of people who either have no medical training or are so detached from medicine that they have lost touch with those on the front line.

The American Board of Radiology (ABR) essentially governs over radiologists who typically need the important board-certified designation to find a place of employment.

I have always played by the rules dictated by the ABR and have toed the line with whatever rules/mandates have come from high above.

However, it seems like playing by the rules is indeed not enough as this particular board appears to continually change its stance on multiple issues.

Some of these wide-sweeping rule changes occurred while I was still training as a radiology resident.

When I went into the radiology residency program, graduating radiology residents would be granted a lifetime board certification upon completion of training (including taking three separate examinations).

I was in my 2nd year in radiology residency when the first significant impact hit.

The class of graduating residents, two years above me, just made the cut and were allowed to obtain certification the old way and were “grandfathered” in.

Rather than allowing any resident currently training also to be grandfathered in (essentially three more years of trainees), the ABR said that the year above me would be the first to be subject to the new time-limited certification.

Alas as a group, residents typically have no voice and whatever protests were being made across the country were drowned out by the machine.

The financial ramifications of just missing the cut are not insignificant.

There are yearly fees paid to the ABR as well as other expenses associated with maintaining your board certification, all which are not carried by those that have unlimited certification.

Despite all of this, I did make peace with the lot I was cast in and dutifully followed the outline provided by the ABR to maintain my board certification.

Essentially my year and the year above were the guinea pigs in the system.

We were told that there would be a cognitive exam we would have to take and pass before our initial ten-year certification lapsing.

For the longest time, there was no study materials available or even an idea of what would be covered in this exam as the exam had not even been created.

There were no review courses or asking colleagues what to expect as no one had ever done this.

On top of that issue, there was also minimal locations where you could take the exam.

Because of the limited examination locations across the country, I ended up having to make arrangements to take it in Chicago.

This required me to take time off work, book a hotel, and incur additional expenses, all under the pretense that this would allow me to have another decade of hassle-free practice as the cognitive exam reset the clock on the ten-year time limit certification.

I, fortunately, passed the MOC cognitive exam on the first attempt.

Technically my ABR certification was now set to expire in 2022, and this is how things remained until 2018 when once again the ABR in its infinite wisdom chose to change the rules.

You see, in 2018 the ABR started sending multiple email proclamations essentially rejoicing that they are doing the radiologists a considerable service and instead of taking a cognitive exam every ten years, diplomates in radiology would now essentially be subjected to weekly quizzes.

The ABR replacement for the Maintenance of Certification Cognitive exam was given the moniker Online Longitudinal Assessment (OLA).

Essentially each radiologist is subject to a weekly quiz answering one question a week from the two questions provided (essentially 52 questions a year).

When I first got the news, I assumed that, because I had already taken and passed the cognitive exam in 2011 and it was good for ten years after my initial certification expired, I would be exempt from these quizzes.

To be sure, I contacted the ABR to see if this was indeed the case.

To my dismay, l was informed I had to take the OLA like the rest of the time limited board-certified radiologists starting in January 2019.

Essentially I ended up only using 60 percent of my ten-year certification before the rules changed yet again and I am now forced to be a player in the latest game.

Rather than do the honorable thing and at least acknowledge the remaining time on the cognitive exam the ABR essentially did not care about the sacrifices (both in time and cost) that those individuals had to undertake.

And as bad as it felt for me, there were some who had it even worse.

I know of one radiologist who took the cognitive exam in 2016 and two months later was informed it was no longer going to be valid moving forward.

For my non-physician audience, it may seem that the premise behind ongoing maintenance of certification is a good thing as it forces doctors to take tests, etc. to prove their competency.

However, there is growing evidence that this is indeed not the case.

The American Board of Medicine has especially been put under the crosshairs as several diplomates of internal medicine have pursued legal recourse against it.

In essence, the board of each medical specialty has enjoyed a huge monopoly with an extremely captive target audience.

Several grassroots organizations have started to dot the medical landscape hoping to provide an alternative to the various specialty boards, one gaining early traction is the National Board of Physicians And Surgeons.

It has yet to be seen if hospitals and insurance companies will start recognizing certification from these alternative organizations, but I hope that they will.

If physicians start voting with their checkbooks as well as their memberships we may have a fighting chance in a system that has always treated us as an afterthought. 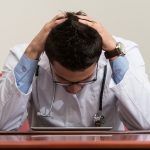 We have a shot at preventing cervical cancer 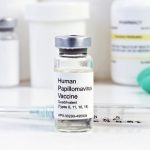 MOC: When you play the game and they change the rules
11 comments