The unmistakable long beep of my bright-red code pager broke the rhythmic sound of my trusty breast pump. I grabbed the pager silently praying it was a “test page.” No such luck. As I read the Code 45 message, I heard the overhead announcement echo: “Code 45, East Tower.” I quickly disconnected the breast pump, whipped off my pumping bras and was mostly dressed as I ran from the lactation room across the hospital, saying a silent prayer that my milk would still be there when I got back. I was the senior cardiology resident, responsible for supervising interns and responding to codes across the hospital. It was hour 14 of my 24-hour call.

As I ran the long empty hallways from the lactation room across the hospital to the location of the code, I thought of my intern, who would undoubtedly arrive before me, as he was coming from our usual workroom. Would he be the first one there? Would he know what to do? I cursed myself for not reviewing ACLS with the interns this morning, for not being closer to the code, for walking all the way to the lactation room where there was a refrigerator, instead of just pumping in our workroom.

I had been back at work for about three weeks from maternity leave, and I was grappling with a new reality that I had not anticipated. I was not the same doctor I had been when I left for maternity leave three months earlier.

The decision to have a baby in residency was not an easy one. My husband and I were both second-year residents when we got married, and we chose to get pregnant shortly thereafter. Were we ready? As ready as we would ever be! We knew it would be hard to both be third-year residents and have a baby, but we looked ahead at the next five to ten years of our lives and realized that in medicine — there is no good time. Between residency, fellowship and the pressures of early career, there is truly not a better or worse time. We wanted a baby, so we decided to have one. Nine months later, our lives were blessed in ways beyond what we could have imagined when we welcomed our baby girl.

Having a baby changes everything. You hear it over and over again. And I knew having a baby would change our lives forever. I knew I would be a different person, but I was wildly unprepared for the fact that I would be a very different physician. In medical training, you are praised for long hours, getting there early and staying late. I was always the first one in the workroom, ready to go. I stayed late to help colleagues, tie up loose ends and spend extra time visiting with my patients. This extra commitment was how I defined myself as a physician.

Then suddenly, I was a new mom trying to balance two jobs. I was going to work every day, but leaving half of my heart at a daycare down the street. I felt the full effects of “mom guilt” as I dropped my 11-week-old daughter off at daycare when it was still dark at 6 a.m. She was almost always the first one there, and I knew she would also be the last one picked up.

The mom guilt was hard, but what was equally if not more challenging was the realization that I would never be the same doctor I was before I left. I couldn’t get there early or stay late. I found myself tied to a breast pump for a significant portion of my day. I realized how much of my identity was tied to being a physician, and all of a sudden being a mom seemed incompatible with being a great physician. How was I going to balance my career with raising my daughter? When I was at home, I was thinking about work, and when I was at work, I was thinking about my baby girl.

What I realized when I returned to work is that who I was as a physician had changed because who I was as a person had fundamentally changed. Over time, I realized that I was a different doctor, but I was still a great doctor. I had a new appreciation for life and love and family that changed the way I saw my patients. I learned to multitask, and I learned to take a step back and give my interns more autonomy. I learned to compartmentalize to leave many of my worries at home when I came to work and to leave work at the hospital when I went home. I learned to love the new physician mom that I had become. It was not easy, but over the past year, I have found a new balance between caring for patients, my daughter, and myself. Above all, I learned that I am enough.

That night, I got to the code after my intern, but I got there as fast as I could. Along with the rest of the code team, we began resuscitation, and the patient did well. As worried as I was, my intern started the assessment and resuscitation without me. He was ready.

Afterward, I walked back to the lactation room where my pumped milk sat untouched, reattached my phalanges and tubing, and finished my pump. The next morning I carried home a full cooler of breast milk for my baby girl and arrived home in time to nurse her when she woke up. I sat with her, proud of the physician mom I had become. 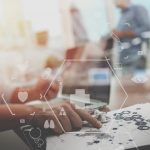 We need to change the way we talk about climate change 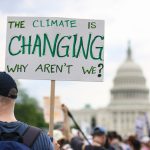