2. Clock’s First Rule: All the patients will crash at the same time. Usually when the computer system goes down.

3. Clock’s Second Rule: The sickest patients will come just before the shift change.

4. Haste’s Theorem: The healthier the patient is, the more they insist on being seen first. Sick patients are not in a hurry. Lefty’s Corollary: The patient who doesn’t ask: “When is the doctor coming?” is probably dead.

5. McDonald’s Law: The patient who needs sedation will stop at McDonald’s on his way to the hospital.

6. Sweets’ Exception: Unless they are diabetics. Then they didn’t eat for three days, but they did get their insulin.

8. Mass’s Law: Whenever a non-ambulatory patient needs to be moved, he will weigh at least 300 pounds.

9. Law’s First Rule: Every drunk patient has a lawyer on speed dial.

11. Law’s Third Rule: Every lawyer in the ED will be your patient.

12. Law’s Rule on Charting: The one case you documented poorly will turn bad and get you sued.

13. Urine’s First Law: The consultant you paged an hour ago will only call back when you go to the bathroom.

14. Urine’s Second Law: All babies will pee as soon as you remove their diaper — on you.

15. Urine’s Third Law: Whenever you need urine, the patient has just peed.

16. Cutter’s Law of Time: The surgeon who performed the surgery is never the one on-call.

17. Cutter’s Law of Space: The surgery was never done at your hospital.

18. Timer’s Law: Whenever you manage to go see a patient, they just went to radiology.

19. Gyn’s Principle: The pelvic stretcher is always inhabited by a large non-ambulatory male.

20. The Law of Detrimental Location: The trauma victim was just sitting there minding his own business.

21. Bleeder’s Law of Priority: The most important lab will be the first one to clot and the last to result.

22. Bleeder’s Law of Excruciating Challenge: The likelihood that the labs will clot again is directly proportional with the difficulty of getting them.

23. Bleeder’s Inevitability Principle: You can’t stop the bleeding even if the INR clotted on its way to the lab.

24. Home’s Placement Law: Patients will need placement only after case management has left.

25. Hitchcock’s Theorem: The likelihood of a patient having a long QT is directly proportional to the degree of psychosis.

27. Prick’s Principle: The fear of needles is directly proportional to the number of tattoos.

29. Segway’s Second Risk Theorem: The nicer the patient, the worse the disease. Segway’s Corollary: All nice patients will have cancer, a stroke or at least a broken hip.

30. Segway’s Pregnancy Conundrum: Sitting on the toilet or swimming in the pool may get you pregnant.

31. Pain’s First Principle: Patients with a high pain tolerance are allergic to Motrin and Tylenol.

34. DeBeer’s Law of Correlation: The likelihood of a patient being suicidal correlates directly with the blood-alcohol level.

36. Poor’s First Law: Smoking is inversely correlated with the ability to afford your antibiotics.

37. Poor’s Second Law: The number of tattoos is inversely correlated with being able to afford dental care. Poor’s Corollary: Beware the tooth to tattoo ratio.

39. Love’s First Law: The patient asking for your phone number is in the ER for an STD.

40. Love’s Second Law: The patient who hugged you before he left has scabies.

41. Love’s Third Law: The patient who shook your hand is positive for C Diff.

42. Pooper’s Rule: Patients with three weeks of diarrhea become constipated as soon as they step in the ER.

44. Sucker’s Law: When you separate fighting dogs, you’ll be the one who gets the shots.

45. Mattu’s Law: If the patient is so diaphoretic that you can’t stick his EKG leads, just activate the cath lab. They’re having a STEMI.

48. Tester’s Second Law: D-dimers are positive only if the patient can’t get a CTA. Tester’s Corollary: Then, they are positive every time, and the VQ scan is out of substrate.

49. Luck’s Theorems: The likelihood of the computer crashing is directly proportional to the number of patients in the department. Multiply by five if it’s Monday night. Add 10 if it’s a full moon. If you’re red-haired and have at least one stepparent, divide by 0.25.

50. Schift’s First Law: The Joint Commission only comes during your shift.

51. Schift’s Second Law: The other doctor has fewer patients.

52. Lavoisier’s Principle on Medication Errors: They always got too much. If it was too little, it would be easy to fix.

53. Lavoisier’s Theorem: Tylenol allergy is a risk factor for fibromyalgia, IBS, and anxiety.

54. Lavoisier’s Rule of Anticoagulation: Every patient who has a sloped porch must be on coumadin.

55. Lavoisier’s Dictum: When the patient comes to the ER, the med list stays home.

56. Child’s Principle: Toddlers can’t swallow pills. Unless they are grandma’s. Then, they’ll swallow the whole bottle.

57. Child’s Law of Location: Bleach must be stored under the sink in a Coke bottle.

58. Snow’s Method: The best way to unclog a snowblower is sticking your hand in it.

59. Needy’s First Rule: Your patient will need you as soon as you leave the room.

60. Needy’s Second Rule: Your consultant always needs the one test you didn’t order.

62. Bell’s Rule: Patients who are hard of hearing don’t have their hearing aids. If they do, the battery is dead. If it’s not, the family will take them home, together with their watch, their jewelry, and their glasses.

64. Sage’s First Advice: Skip the CT if the patient with abdominal pain is eating McDonald’s.

65. Sage’s Second Advice: Whenever a patient tells you: “You took care of my mom,” don’t ask how she is. She’s dead.

66. Sage’s Third Advice: The family member looking like the patient’s mother is his wife. Don’t ask.

67. Sage’s Unavoidable Error: You should have called the other consultant first. 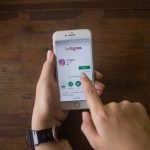 Is this cost-saving Medicare proposal doomed? 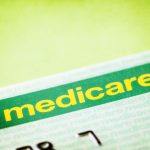