Three years ago, I had a massive, life-changing event. It passed with little notice; it was beyond banal and happened while eating sushi with a colleague in a landlocked state.

Here I am with a young patient at the direct primary care practice I opened in Kansas City, Kansas, after residency.

We were in our last year of residency (he in internal medicine, myself in family medicine) and had realized that we wanted something more from the health care system, not only for ourselves and our careers but also for our patients. We ranted and complained over our sashimi, and as the evening unfolded, we found ourselves developing the dream that changed the trajectory of my career forever: We decided to open a clinic in the direct primary care model, and ceremoniously put pen to paper to jot down a few first steps to get the journey started.

What we didn’t realize (and couldn’t have realized) at that moment was that we both signed up to be entrepreneurs. We put one foot into the world of small business ownership. We crept out of the world of salaries and benefits and guaranteed success. Unless we defied the odds, we had set a course that, for the majority of people, leads to failure at best and bankruptcy at worst.

We had barely come up with a name and founding documents when my partner stepped out of the business. He had genuinely good reasons for leaving and was beyond gracious and caring in his exit, but in the conversation where we planned his exit — and planned my future — I firmly planted my second foot in the world of entrepreneurship.

It took me another year and a half to realize that I was an entrepreneur; I had become a small business owner. I had developed the type of business that adds character to a community. And I was solving problems that were so pervasive that people were using our services despite my poor efforts at marketing. We didn’t even have a sign. We weren’t paying for advertising.

For the first 18 months, we saw week-over-week growth in patient numbers. People were so in need of health care without the hassle of insurance that they were — quite literally — Googling us, calling us and trusting that we were a legitimate physician’s office.

(That trust thing was huge. On more than one occasion, callers only wanted to make sure that I was a “real” physician because I wasn’t affiliated with one of the large, corporate hospitals in town.)

Once I began to identify as an entrepreneur, a whole world of resources, networks, books, literature, and ways of thinking opened to me. And a nagging thought took hold: If we want to make health care better as an industry, we need more physician entrepreneurs. Or physician business owners. Or whatever you want to call it.

This doesn’t mean I think we need more physician administrators — far from it. We need physicians who take the leap to launch an idea and solve a problem.

And here’s why: With no institutional knowledge or expectations to hold them back, entrepreneurs have the freedom to create elegant, simple solutions.

Entrepreneurs, because they’re often either working solo or in small groups, have the ability to change and pivot quickly when the climate dictates it. 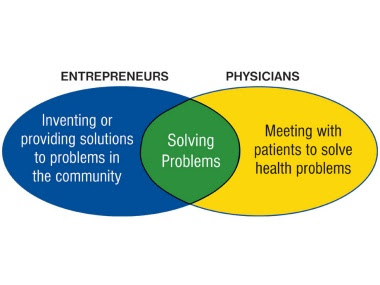 Both physicians and entrepreneurs are inherently problem-solvers. And everyone reading this knows that there are major problems to solve in health care.

Health care amounts to almost 18 percent of our gross domestic product (and keeps rising!) yet, somewhat paradoxically, it is an industry that has a huge target on its back. Every person, politician and business owner wants to reduce spending on health care. We want the best care, but we don’t want to go into bankruptcy to receive it. We, as a society, have decided to commodify health care yet we are frustrated when patients are turned away. Drug costs are increasing with time rather than decreasing, counter to the trend with any other science and tech industry.

Several generations ago, physicians were both the widget-makers and the owners of the factory. They had both the burden and the privilege of seeing the product from inception through the machination process and into the consumer’s hands. They helped set prices and had to interact directly with the consumer that paid that price.

As the influence of insurers grew with the creation of Medicaid and Medicare in the 1960s and the growing influence of HMOs in the 1990s, more and more physicians stepped into the role of simply creating widgets. Running the factory was becoming too complex and required a certain administrative skill set — or at least required that the widget-maker focus on making widgets while someone else focused on running the factory. 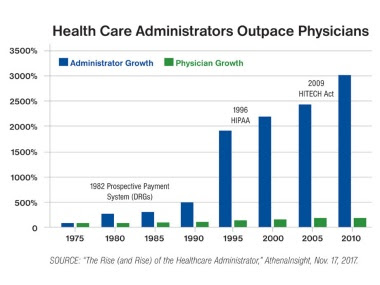 But what if we all stepped away with our widgets we worked so hard to create and started to make them differently? Or started to sell them in a different way? What if we, as physicians, started to think like entrepreneurs? What problems could we solve?

Maybe it’s our debt coupled with our above-average paychecks that hold us hostage in the system. Or a terribly restrictive employment contract. Or worse yet, perhaps the biggest hurdle is our complacency as physicians. Perhaps we actually are satisfied with and unaware of — or in denial of — the deficiencies of the system in which we operate.

All of which are reasons we need more physician entrepreneurs. We need more widget-makers who see that there’s a better widget — or a better widget-making machine. We took an oath to help, and it just may be that stepping out of the current health care system and thinking like the problem-solvers we are is the best next step.

Allison Edwards is a family physician and founder, Kansas City Direct Primary Care. She can be reached on Twitter @KansasCityDPC. This article originally first appeared in the American Academy of Family Physician’s Fresh Perspectives blog, Tuesday,October 30, 2018. 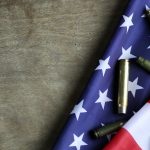 Why this physician doesn't dress down when rounding on weekends 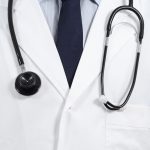