I’ve always believed in looking the part as a physician. So much so that I even write about it! You may have read my piece that became widely circulated online, about why physicians should always dress to impress. The article generated quite a response, and I received a lot of interesting comments and emails. Of course, not all physicians are in a specialty where they can do so, or where it’s even practical. But my belief having worked with thousands of physicians is that we don’t always do ourselves full justice in this respect. When I occasionally see (some) doctors walking around the hospital like they’ve just rolled out of bed, I often wonder what impression that is giving to all the patients and families they meet.

Remember, this isn’t about walking around like you are on a Paris catwalk or wearing ridiculously expensive clothes. But it is about wearing attire that is professional and befitting of a top-notch profession. True, healthcare and the practice of medicine probably has a hundred and one more important things to deal with. But anyone who doesn’t realize that in the eyes of the general public or your colleagues, what you wear every day is also saying a hundred and one things about you, maybe is a little naive. Patients love it when they see their doctor looking the part (and has even been showed in studies of patient preferences), and consciously or subconsciously, it communicates a tremendous amount.

I’m going to actually take things one step further now and tell you something else. A couple of years ago, I started wearing my tie and full-blown “weekday clothes” on weekends as well. I previously used to give it a rest on Saturdays and Sundays, just because it seemed like all other doctors allowed themselves to go “casual.” I remember many colleagues who were only ever used to seeing me dress professionally, would walk up to me on weekends and jokingly say: “Oh my goodness Dr. Dhand, where’s the nice tie and shirt gone?”

I, however, changed this habit completely after something happened in a hospital I was working in. One Sunday, a patient abruptly took a turn for the worse. I was called to deal with this completely unexpected situation. It wasn’t a full blown code, but a rapid and urgent deterioration, that required some time and effort to deal with. There was a bit of a skeleton staff on the weekend, as is the case in most hospitals. Getting tests and scans done was not as quick as it was on weekdays, and fewer specialists were around to help out. Fortunately, after a major scare, everything was fine in the end. I talked with the family, patient was OK, and we were all set. On that particular Sunday, I remember I was wearing a somewhat casual shirt and semi jean-like pale pants. I probably still looked reasonably professional, but not quite what I usually do.

As I was later going over in my head what happened clinically, and the fact that we were slightly hampered on the weekend, I realized again that the practice of medicine and readiness for an emergency shouldn’t vary by day of the week. Hence, from that day forth, having probably done so for at least ten years, I decided there would be no dressing down for me on weekends. I want my patients to know I am a professional on Saturdays and Sundays too, that I don’t come in looking any less the part, and that they will always be receiving the same level of care from me. If you go to a five-star hotel or restaurant, the staff don’t dress down or display a sense of relaxation just because it’s the weekend. Therefore, I came to the conclusion that neither should anybody who is involved in life or death decisions. I may not be able to control other variables to do with staffing or resource allocation, but I do have control over myself and my appearance.

That’s my ten cents and how I feel about always having a professional face when I’m caring for patients. I’m not writing this to shame other doctors who don’t even wear a shirt and tie on weekdays, let alone on weekends! Nor is it to imply that the clothes you wear automatically correlates with clinical care, or that it’s even practical sometimes like in surgery or pediatrics, to wear formal wear. It’s just my take on the seriousness with which I approach the practice of medicine and the privilege of taking care of patients. Always at the ready and at attention to respond. Any weekend I’m working in the hospital, my shirt top button is never undone when I sit in front of a patient.

Why we need more physician entrepreneurs 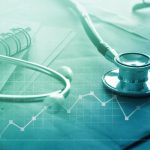 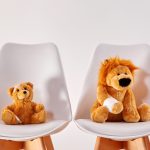