“Red” McDougall had terrible leg pains soon after going to bed. He did have a bad back, and some mild spinal stenosis, but I hadn’t heard much about that in the past few years. He was dealing with the ache in his legs when he was on his feet too long.

A few months ago he saw his vascular surgeon for a routine followup. He’d had a femoral-popliteal bypass to restore circulation to his right leg a few years ago. The vascular surgeon was intrigued by the fact that both legs hurt when elevated. That is usually a sign of severe ischemia, but Red’s pulses were palpable. To play it safe, the surgeon ordered formal pulse volume recordings and a CT angiogram.

The studies were normal, and the surgeon speculated that the pain could be related to Red’s bad back.

I saw him for a diabetes followup a few weeks ago. He had ever so slightly decreased monofilament sensation in both feet, and his legs had normal strength, normal reflexes, and no atrophy.

“Not really, they just hurt,” Red answered. “It’s so bad I have to sit on the edge of my bed and dangle my legs or walk around a bit before it goes away. But it’s driving me crazy. I hardly get any sleep anymore.”

“Well, we know it’s not your circulation,” I began. “It could be just a form of leg cramps, even though you can’t tell if there is a spasm in the muscles. Or it could be a strange way for your spinal stenosis to act up in the opposite position from the way it usually behaves. So I have an idea.”

“Anything,” he was quick to answer.

“Cyclobenzaprine. A muscle relaxer that is related to the antidepressant amitriptyline. In addition to preventing muscle spasms, it has pain relieving properties, and it usually helps people sleep.”

“Gimme some,” Red held out his hand.

“I’ll send in a script. Let me see you back in two weeks because if this doesn’t work, I’ll need to do some serious thinking.”

I thought to myself about how often specialists are in a position where they can declare “not my department,” but primary care doctors are then more or less obligated to pick up the ball again and do something.

“I’m sleeping through the night, and no pain,” he grinned.

I still don’t know exactly what this was, but it’s gone.

Sometimes you just gotta treat it.

Solving physician burnout requires so much more than self-care 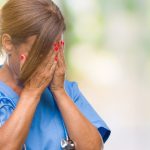 Reflecting on the state of global anesthesia 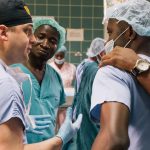 When the buck stops with primary care
3 comments