In the United States, any person who has tried getting their own (or their patient’s) radiology images from another hospital or practice will find the practice painful.

Here are several obvious reasons why the CD-ROM — briefly the darling of large data transfer — is a truly terrible way to share radiology images in 2018:

They are slow. When you bring a CD-ROM down to your friendly radiologist to review the scans, also bring a good book — you will be waiting awhile for the images to load.

There’s no universal software to read them. Watching even the most tech-savvy radiologist trying to extract images from these disks is proof enough that this is a horribly outdated technology.

The blank disks are disappearing. When was the last time you purchased a “spool” of these things? Back when Napster was a thing?

The drives are disappearing from computers. They’ve been gone from most laptops for years. Desktop computers, especially the mass-market small-form ones used in hospitals, often lack them as well.

Hospitals spend significant time and money transferring images from CD-ROMs into their EMRs. It works like this: you walk the disk down to wherever the uploading machine is located. You fill out some forms. You hand the disk over. It goes into queue with other disks. Later — hard to predict exactly when, could be later that day, or tomorrow, or next week, but never during your patient’s office visit — you can view the images in your patient’s medical record. However, sometimes (and this has happened more times than I can count), the disk is unreadable, or doesn’t even have images at all — only the radiology report, and not the actual images. Gak.

No one knows whether CD-ROM disks should be spelled “disk” or “disc.” Discuss among yourselves — I’m going with “disk.”

Non-clinicians might wonder, what’s the big deal if you can get the radiology report? Isn’t that what “Care Everywhere©™” does?

Sure, having the report is better than nothing. But in complex cases, and when making difficult diagnostic or therapeutic decisions, it is always better to review the actual images — preferably with a radiologist specially trained in the involved anatomic region.*

Of course, it doesn’t have to be this CD-ROM way. If there ever were an irrefutable argument for the benefits of digitizing medical information, the switch from hard copy “films” to digital images has to be right near the top. Think of how far we’ve come from the days of searching for X-ray films that, not surprisingly, would disappear in direct proportion to how interesting the case, or how sick the patient.

That’s why the current CD-ROM strategy is so frustrating. Never mind that a faster and more reliable technology (the USB flash drive) has been available for years. Though cheap and ubiquitous, and better than CD-ROMs, USB flash drives would also require physical transfer.

The solution, of course, is to put the images on the web — which is apparently what many non-U.S. hospitals have been doing for years.

So here’s what I recommend we do, starting now:

There, wasn’t that easy? 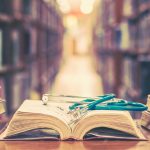 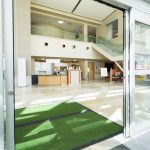 Why do we still use CD-ROMs for radiology images?
2 comments