When George W. “Billy” Campbell, MD, walks down the street, he never knows who — or what — he’s going to encounter. Anything can happen when you’re the doctor at Foothills Family Medicine of Westminster, South Carolina, a small town with a population of only 2,500.

“I’ve had someone pull her dress up and say, ‘Look at my leg,'” Campbell says. “Then she said, ‘That green pill didn’t work, and it’s been messing with me.'” I said, ‘Please call the office and come see me.'”

That sage advice seems to be fairly common among physicians who practice where everybody knows their name.

Campbell says he doesn’t do much grocery shopping for the same reason. He doesn’t want a shopping outing for tonight’s dinner to turn into an office visit — out of the office.

He’s been in town since 1984 and has become wise in the ways of practicing medicine there, where he was also born. He obtained degrees at Emory University and The Medical University of South Carolina.

“People used to show up at the house,” he says. “One of my friends told me, ‘Be sure you have 10- or 5-dollar bills [to make change when they pay you]. I said, ‘I’m afraid of Uncle Sam,'” referring to the risks incurred with cash transactions and tax reporting.

“Then when I built a privacy fence around the property, I heard that people were asking, ‘What’s Billy doing up there that he don’t want anybody to see?'”

Campbell says he’s taken care of his first-grade teacher and the person who gave him his first haircut. “You get used to violating their personal space. I had to give my algebra teacher a Pap smear. You get over the intimacy issue with people you’ve known all your life.”

Making the most of it

Campbell’s good at hospital medicine, he says, and he still goes to the hospital every day, especially to see his older patients, but he’s no longer tied to being there so much that he couldn’t have a life. He also works remotely and analyzes X-rays and other diagnostics in his office to get up to speed before he sets out.

“Some of the older ladies cry when I come in,” he says. “My patients are glad to see me, still, and with my schedule now, I can sleep at night.”

A few of his patients are other doctors, and he recently spent quality time with one who was dying. “Life is short, and I could be dead any time,” he reflects.

With that in mind, with wife Kimberley, he loves to walk in the woods in the land of his ancestors. They drive to nearby Greenville, South Carolina, Asheville, North Carolina or Athens, Georgia to fulfill their foodie cravings. The Campbells also founded the Ramsay Creek Preserve, the first conservation burial ground in the United States, and maybe, the world.

Time for “a lot of living”

Adriane Westmoreland, DO, arrived in July 2018 to Cloquet, Minnesota (pop. 12,000) and is part of a brand new family practice clinic, the Cloquet Memorial Hospital Family Clinic, affiliated with the local hospital.

She’s not new to smaller-town practices, having left Estherville, Iowa (pop. 6,000). “I took care of my kids’ teachers and delivered my nurse practitioner’s baby,” she says. It was a full schedule as a solo practitioner and she moved to find some balance.

“I was doing a whole lot of work and not a lot of living,” says Westmoreland. She had a bed in her office and sometimes she saw her children only once a week.

It is totally realistic for rural physicians to experience burnout like their counterparts at major, urban, academic medical centers, she says. “It’s not because of patients, but because of insurance, paperwork and fighting for patient’s rights. This is a good job. We like to work hard, but people won’t let us do our job anymore.”

In Minnesota, she takes her kids to school every morning. “The elementary school is close to the hospital,” she says. “Sometimes the bus for my middle school child drops right off at the hospital.”

Westmoreland used to think she wanted to do anything but family medicine. “I wanted to do ‘exciting’ things,” she says. Then she worked alongside a family practice doctor in West Virginia. “She was the best diagnostician I ever met, just amazing, and she changed my mind.”

She describes family medicine in her locale as “taking care of mama and baby. And then the mother says, ‘My husband is complaining about his head hurting.'”

Echoing the practice habits of Campbell, she tells the patient, “Have him make an appointment.”

Westmoreland says she’s gotten used to the up-closeness of it all. “When I see you on the street, I see who you are then, and not you as a patient.” She, too, has experienced the clothing pull-up scenario, with a patient lifting up a shirt to show her a rash.

“Make an appointment,” she said.

She finds that what she gives out sometimes comes back in unexpected ways, though. “A friend told me recently, ‘Your child was out on the street, instead of on the playground.’ People take care of me, too.”

Sometimes it just runs in the family. Lucia Williams, MD, of Jacksonville, Texas (pop. 16,000) got used to what her future would look like as an OB-GYN because her father was a physician.

“People would show up at our house back then,” she says. “Or they would drive by the house [to see if anyone was home] and then they’d call him. And it’s true that everybody knows everybody in Jacksonville.”

Going to the grocery store or Walmart can be an interesting experience, she says. Still, Williams, who is one of two Ob-Gyn specialists in her area, says living where she does was a “conscious choice.”

She came most recently from Houston, and having grown up in a rural community, she thought, “Let’s go back out to the country for a while.”

“You have to be pretty independent and that’s one of the things that intimidates a lot of new graduates,” says Williams, who works in a rural health clinic. “There aren’t 15 people you can call to consult with and you have to be able to figure things out for yourself.”

That may include deciding to call a helicopter to take an emergency patient to Dallas, a 1.5-hour drive.

A newer doctor can feel like they’re come out of a “high-tech ivory tower” and find a stark contrast in rural medicine, she says. “I sometimes would think, ‘I know how to do that but should I do that here?’ I don’t have an ICU or a big, ancillary staff with a lot of backup. There are things I know how to do and am trained to do, but I don’t think are always appropriate in a rural scenario.”

She knows she’s filling a void, however, and it’s a big one. “There are a million people in Texas with no access to high-speed internet,” she says. That means they can’t even read about medical conditions on reputable sites like WebMD to learn some accurate health care basics. That makes in-person medical care even more relevant and necessary.

Whatever the downsides of rural health, she’s unwavering.

“I love what I do. I wouldn’t want to do anything else,” Williams says.

How technology removes the pain point from diabetes management 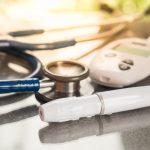 The stories of rural physicians
1 comments