Everyone should vote, of course, but doctors have a unique perspective on some of the most important issues of the day, and it’s time we express that perspective in the one place it matters most: the ballot box. Whether it’s the actual effects of bullets on tissue, or the value of having health insurance for you and your children we are blessed to work in one of the last bubble-free zones. We see the effects of policy on our patients, and we are uniquely positioned to weigh in on these issues of the day. Doctors need to vote. But the sad truth is that we often don’t.

There hasn’t been a lot of research into the voting habits of doctors. One study that’s getting a lot of play in the media lately is this one from 2007. The authors surveyed subsets of physicians and lawyers from a cross-sectional survey of eligible voters and compared them with the general population. They found that physicians were, on balance, less likely to vote than the general population – with odds ratios ranging from 0.62 to 0.83 depending on the year. Lawyers, by contrast, voted more than doctors and the general population at statistically significant rates. I think we can all agree that doctors should never be outvoted by lawyers.

That’s an old study, and just one study. But it’s backed up by the lived reality of medical professionals. We work hard, in an environment that’s deliberately non-political. Our daily lives often don’t allow for bathroom breaks, much less trips to polling stations during normal business hours. There’s little tradition of voter mobilization among hospital employees – and at some hospitals, any discussion of politics is forbidden.

Most importantly, the habit of voting is easily broken for our trainees. Medical students and residents already fall into the age demographic least likely to vote. Add to the millennial voting malaise a 1:3 call schedule, 24- hour call shifts, and the need to spend every spare minute reading up for the next day’s patients, and it’s a wonder any trainee votes. Miss a year, or a registration deadline, and the chances you’ll miss another go up.

During my own medical school years, I voted because I had to walk past the polls to get to my car. In residency, in Seattle, our ballot arrived by mail, and I could fill it out in rare leisure moments at home. But those conveniences are not the reality for most of us. Still, doctors need to vote.

How do we do that? As attending physicians, we have a little wiggle room. After I finish writing this article, and before my afternoon meetings start, I can leave the hospital, drive to my early voting location, and vote. I made a plan, and that’s exactly what I’m going to do. But for our trainees, it’s harder. So I’ve done two things to help. I encourage you to do the same.

First, I wrote an email to everyone in our residency program outlining the steps to voting: how to register, what the deadlines are, how to request an absentee ballot, how to vote early, and reminding them of the actual date of the election, November 6. I included hyperlinks to all the sites they need to find their polling places. I provided links to some non-partisan voting information sites, like the League of Women Voters and vote.org. I sent that email more than once, and I’ll send it again before election day.

Second, and this is harder but more important: I took Election Day off. I blocked it as vacation on my calendar. And I told our residents that if they don’t manage to vote before election day, I will carry their pager for the time it takes to vote. I will answer calls from the wards, prescribe Tylenol, and hold retractors. It’s something that I, as a physician, am uniquely capable of doing to help people vote. More than canvassing, or making phone calls (both of which are important), this is a specific task that few of us possess the training to do: making time for our fellow physicians to engage in their civic duty.

Prescribing unnecessary antibiotics is the path of least resistance 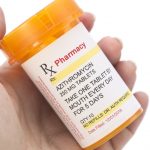 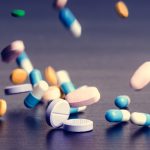