I wrote this a decade ago:

It is a brave new world. I have used an electronic health record in my office for ten years. With a click of a mouse, I can show you how your blood pressure has varied over the last ten years. I can graph your hemoglobin, track your diabetes or tell you if that was the medication we tried last time.

But with every two steps forward, there is a step backward. As a family doc, I spent the first 19 years of my practice in a care center, away from the main clinic. I didn’t have access to the same chart as the specialist. I hungered for the electronic record. But the day it arrived, it brought its own challenges.

Remember back to 1990: We didn’t have sleek flat screens in the rooms, we had big bulky monitors. The exam rooms themselves weren’t built with a doc and a computer in mind. I found myself swirling on my stool to talk to the patient. Of course, initially, nothing was in the computer to help me, and I found myself playing physician data entry person.

Now I have an office designed with the EHR in mind. The screens can be turned so the patients can see. For an established patient, much background data is there. I have learned navigation tools and tricks, so there is less typing.

But, what have I lost? Scroll back to 1964, age five. I followed my daddy on hospital rounds. Nothing made me happier than to hear people ask if I was going to be a doctor just like him. Out of residency, my goal was to be as compassionate to patients and as caring as my father. Before I entered each exam room, I would take a deep breath, knock and focus. Nothing mattered but the person in front of me. I would sit down and concentrate. Put myself in their shoes. Try to understand their concerns.

With the EHR, I still take a deep breath, knock and enter. I sit down and log on. Now I say, let’s see what health maintenance items there are. Often I remind the patient that they need a tetanus shot, mammogram or some other delightful intervention. Then I turn and look them in the eye, but my fingers remain on the keyboard.

Now infrequently, someone will say: I’ll wait until you’re done. But I am done. I put my hands in my lap or touch them. They say something, and I start to type. Yes, they can see what I’m entering … I stop myself and wait. I want to remember the dates and the facts they are telling me. I don’t want to lose the quality of the interaction.

Yes, many things have improved with technology. The expansion of data is far beyond what even the most brilliant mind could handle without a computer. There are too many variables. Yet, no one should rely on the machine alone.

The world may never smell as sweet as it did in our youth. Regardless, I hope that the new generation of techno-savvy young physicians learns to feel and listen. Perhaps a medical school curriculum that included watching Marcus Welby is not such a far-fetched idea.

After only a few years in that sleek new office, my career path took a different trajectory. Instead of focusing completely on patient care, I took a role as EHR lead. (I have maintained some patient care, as I strongly believe that administrators have more credibility when they are drinking their own poison.)

Finding my old note makes me sad. We still have so far to go to integrate the power of technology in our practices. Many physicians — some younger than me — still refuse to touch the software any more than necessary. They dictate or have scribes, and other than co-signing a note, they don’t look at the data visualization or the decision support. To them, the computer is little more than an extremely expensive word processor.

While enjoying a reception at my daughter’s medical school, I spoke with one of her attendings. The topic turned to Epic. The attending, who had only a few gray hairs, said, “First we teach them to take care of the patient.”

This isn’t “or” Boolean logic. It is “and.” Computers are a tool to care for our patients. People initially scoffed when Rene Laennec invented the stethoscope in 1816. Indeed. The patients would feel distanced from the physician by not feeling the doctor’s ear pressed to their chest. Can you imagine telling our young medical students that they must ignore the stethoscope until they learn to care for the patient?

We can, and we should and must embrace technology. Yes, focus on the patient and the human-human, not the human-computer interaction. At the same time, take full advantage of the advances. How can one navigate the sea of data without a machine? To take care of the patient requires exploiting all of the tools available.

Lisa Masson is a family physician.  This article originally appeared in Doximity’s Op-Med. 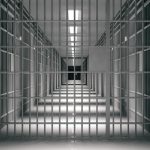 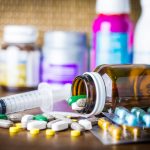 Computers are the modern stethoscope
2 comments