School is back in full swing.  The kids are packed up, scheduled and loaded with notebooks, pens, pencils, computers, and calculators.  Long lines form outside school drop-off areas.  Tired, pajama-clad parents drop off bleary-eyed children, accustomed to sleeping and playing all day, now headed off to fill their little brains with knowledge.

Of course, it isn’t just the little ones.  All of our children were home over the Summer.  Now our daughter is a high school senior, two sons are in college, and one is in the SC Fire Academy.  The house is much quieter than it was.  Our food consumption has dropped rather significantly.  And the driveway no longer looks like Cook-Out on Saturday night.

Education matters. We collectively spend billions of dollars on it across the country.  It’s why we send our sons and daughters off to school from their early years.  We pay taxes, educate teachers, save money for tuition and our kids vie for scholarship dollars.

Many people use degrees as a kind of status symbol.  Not their own, mind you, but those of their children.  It’s almost a kind of comical competition as parents discuss who gets to go to what university; and this can even start as early as kindergarten for families who want their children in the most competitive early education possible.

I’m a big believer in education.  Knowledge is power.  Proper education at every level (primary, secondary, college and vocational) creates good thinkers, thoughtful citizens and can provide dividends in terms of future income.

We get it; education is great.  But I think perhaps we all too often fail to prepare our kids for something as important, perhaps more important, than degrees or jobs.  We don’t always prepare them for relationships; especially marriage.

Too often it’s a passing discussion.  We generally know what a good education looks like; and we certainly understand what a good job is.  We have placement exams, guidance counselors, interest surveys and aptitude tests.  But often, we leave the kids remarkably unprepared for the thing that may be the biggest help or hindrance to happiness in their lives.

I see young couples all the time; often in my work. Many of them are living together and trying (with limited preparation) to navigate jobs, children and financial struggles; not to mention drugs, alcohol, criminality, abuse, illness or injury.  I feel badly for them; significant numbers won’t stay together.

But in their defense, nobody showed them.  Some came from bad homes and witnessed bad marriages.  Some were abused, raised in the foster system, with non-parent relatives or with valiantly struggle single parents.

Others were just given bad advice.  “Before you marry her, you should live together a while and see if you fit!  Don’t commit yourself; keep your options open.” (A bit of advice that conflicts with research which suggests that cohabitation before marriage increases the risk of divorce.)

Marriage struggles obviously plague every age group and people of every educational level.  They afflict religious believers and the non-religious. Plumbers and professors (and physicians too, and how!).

We worry so much about diplomas and degrees, about jobs, benefits, advancement, salaries, retirement and all the rest.  And along the way, culturally, we seem to neglect serious discussions of relationships and marriage.  We give our kids “the talk” about sex.  But not nearly often enough do we give them “the talk” about the importance of finding the right person, making the right choices, deciding when to make a commitment and critically, how to stay with it when things get tough.

Equally tragic, we sometimes treat marriage as a thing that you put off as long as possible, so that important things can get done first, before you get tied down to the misery of a spouse.

Granted, the sequence of education, job, marriage, then children is pretty consistently associated with success and stability in life.  But we should tell the kids, as Jan and I tell ours, that marriage is a chance to spend your life with your best friend, and to have that friend alongside in both joys and trials.

Unhappy marriages are a tragedy.  Divorce is devastating, for couples and for their children.  Maybe, as we spend our treasure to educate our children so that they can have jobs and make money, we should spend a little extra time teaching them how to have wonderful, thriving relationships too.

When all is said and done, it might just matter more than their degrees or jobs. 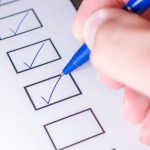 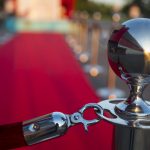