Sometimes things go just the way you want them to, and sometimes they don’t.

Compare and contrast the case of two different patients, and how things went trying to get them the care they needed.

The first patient, let’s call him Mr. Smith, called up one day last week with a brand-new symptom, which after a phone call was ultimately determined to be disturbing enough that he was offered a same-day appointment.

After coming in that same day, he was interviewed and examined, and no definitive diagnosis could be made at the time of the office visit.

As often happens, the wide differential diagnosis of possible things that could be going on with him led to some clinical uncertainty, and a desire to get more testing.

A number of diagnostic imaging tests were ordered, with the hopes that as we proceeded serially through these, we would quickly be able to rule in or rule out some of the more worrisome possibilities.

Once these procedures have been ordered in the electronic medical record, I brought this patient up to the front desk and asked our office assistant to see if it was at all possible for him to get these tests done today.

No problem, because apparently, magically, his insurance required no prior authorizations, no peer-to-peer review, no long series of phone calls and denials, and my assistant was able to simply contact our efficient radiology department across the street and set him up for these tests — one, two, three, four.

One by one he went through the tests, and at each stage of the process I was called by the person performing the test, who rendered an opinion and made some suggestions, helping to guide him to the next best test as needed, and ultimately to the final diagnosis.

This patient got what he needed because after going through the mental thought processes of medical decision-making that we’ve trained in, we decided that we needed more information.

After he came back from these procedures, we sat together and discussed the plan, and made arrangements for follow-up including testing to be done at a future date to ensure that he was on the right track and improving as expected.

Now let’s talk about the next patient, Mr. Jones. (Strange, isn’t it, how all my patients are named Smith or Jones?)

When he, a similarly complex patient with multiple medical conditions, presented with a constellation of signs and symptoms that warranted a significant amount of evaluation, procedures, and testing, we were met at every step of the way by barriers and roadblocks to him getting the care that we, as clinicians, thought he needed.

This imaging test was not covered by his insurance, that one was not approved for the indication we had selected, this one will take 48 hours for medical review, and ultimately we were given a recommendation by some person at his insurance company to “just send him to the ER” if we really thought we needed the answer to the questions we had today.

That’s what we doctors do — we decide what answers we need today, what questions are so pressing that I need to know now. So why is it that we have let a system become built up around us that doesn’t trust our judgment?

Doctors no longer in the lead

Whenever we doctors start to complain about prior authorization and insurance companies denying us the tests we want — as I’m sure people reading this know well — the insurance company’s rationale is that it is ultimately responsible to shareholders, they are a for-profit organization/institution/company, and this is the plan that the patients signed up for, so they should be subject to the rules and regulations put in place by the insurer.

But that gets to the heart of the flaw concerning what we’ve allowed the medical-industrial complex to turn into.

We went to medical school. We are the doctors. And while there certainly is an enormous amount of excessive testing and waste in the health care system, why did we allow this construct to be created to let someone say no to us, and that’s the bottom line, the final answer?

If someone is going to tell me that I can’t have the test that I think a patient needs right now, then for damn sure they better be willing to give me another one that completely answers the exact same questions, all of the questions I have, in exactly the way I want them answered.

Occasionally the people we interact with on the telephone when dealing with the insurers and their representatives giving us authorization provide useful suggestions and important clinical insights, and help us further that patient along on their health care journey.

And if it turns out I’m ordering far too many MRIs, when maybe an ultrasound would do, then I’m perfectly happy to learn about that on a more global level.

While the insurance company needs to answer to its board of directors and its shareholders, and be able to submit a budget at the end of the year that shows that they prevented a lot of “waste,” ultimately, because they entered the business of health care, the person they are really responsible for, that they really work for, is the individual patient.

We can have endless discussions about evidence-based treatment, guideline-based care, cost-effective care, and rationalization of resources, but in the end, it’s me and my patient, another human being with something going on for which they’ve come to me seeking guidance, help, a path forward, a solution.

If we let every doctor and every patient have every test they want at every moment, we recognize that we would probably bankrupt the health care system in this country. And then we would also have to deal with all the associated things that go along with that much lab ordering, imaging, and other testing, including overtesting, overdiagnosis, increased anxiety, and all the red herrings we would end up chasing.

As we move forward we need to find a way out of this morass, this tangled web of all this stuff that gets in the way of us trying to take care of our patients.

And at the end of the day, as we work to build a more patient-centered health care system, that’s what we need to have happen.

Providers are going to be increasingly burned out if all our interactions end up being the nightmare of clicking boxes, struggling through the electronic health record, going through endless phone trees of insurance companies to get prior authorization, filling out forms.

We love it when a plan comes together, and we are able to make a diagnosis, render a treatment that improves the patient, and in the end, we all feel better.

Moving forward, those are the interactions we should strive to make more common.

When babies cry, your tone matters 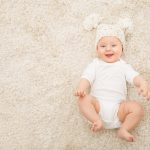 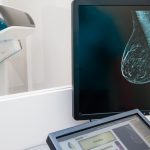 When physicians order tests: a tale of 2 patients
7 comments