Late one Friday night while walking the long and lonely hallways of my hospital, my mind wandered back several years. I recalled my first weekend call as an eager, newly minted nephrology attending. I had met one of my colleagues earlier that morning in the doctors’ lounge, whereupon I had been handed a clunky, black weekend pager. “Welcome to being on call every fourth weekend for the rest of your life,” he had said as the pager ceremoniously exchanged hands.

Many things have changed since then. I am now doing call every third weekend and not every fourth, thanks to the overall physician shortage and the current unattractiveness of nephrology as a specialty. However, I confess that I was a little bit taken aback by his statement at that time, as I felt I had done enough call in my training years to know what it entailed.

Of course, I soon discovered that call as an attending in private practice was a different ballgame altogether. I was often the only physician who saw the patients the entire duration of their hospital stay as we were an admitting service in addition to consulting. Some days and many nights panic would set in. “I must be missing something; I will end up killing someone, they can’t let me do this.” I had gone through a tough medical school, a grueling residency, and subsequent fellowship, but imposter syndrome would often rear its ugly head. The way I dealt with all of these issues was to work hard, read more, ask questions and consult outside experts if needed.

Call by itself, notwithstanding other factors, significantly contributes to the stress, burnout, and loneliness in medicine. You barely recover from one night only to be on call again, and the cycle continues. Studies have also shown that cortical release patterns on call are similar to stress release patterns, whether you get called or not. And make no mistake, a tremendous amount of special and momentous occasions in your life, in addition to personal and family time will be sacrificed at the altar of call. It is no wonder then that there are so many physicians leaving clinical medicine looking for side gigs and opportunities that don’t involve direct patient care or call.

However, for most of us in clinical medicine, there is often no way around it. So before call burnt me out and I reached the point of abandoning nephrology, I decided to take it head on and make some changes. Firstly, I started looking at call weekends as a glass half full. This simple thought resulted in a large paradigm shift. Once call weekend rolled around, I felt happy, almost elated, in anticipation of subsequent weekends that I would have free.

In addition, I always continue to keep my focus on the patients, no matter the circumstances. When I am called into the hospital during the middle of the night at odd hours, I think right away about the patient’s suffering and of which side of the hospital bed I would rather be on. It is invariably always my side. Thus, I try hard not to ever lose my empathy which is easy to do in the rush and stress of our schedules but is what makes medicine fulfilling, and is its very soul.

Also with experience you learn to triage patient care much like in the emergency room. Some patients, of course, have to be seen urgently but the bulk of after hour calls are able to be managed in a more staggered fashion. I also identified that one of my major call stressors was procedures. I truly disliked placing dialysis catheters. After 10 years in practice, I decided that my worth as a nephrologist was not based on my ability to place dialysis catheters, and I outsourced those to other more capable specialties. My only regret has been that I did not do that sooner.

Above all, I realized that to deal with call, I had to also learn how to better deal with my non-call time. It was the time to catch up with family, sleep, healthy eating and exercise, as these were things that fell by the wayside on call days. Time off, in addition to vacation, must also be negotiated and taken with the pager and cell phone preferably turned off. It is hard for us in medicine to practice complete detachment, and as caring physicians, I don’t know if we ever can — or should — but there is a reason for a call schedule and no point to two people being on call.

So to all who are welcomed to their first attending position with the same cynicism about call that I was, or not, I say, embrace it. Make peace with it, redefine it and turn it around to make it work for you. Above all, stay empathetic and, by all means, pursue other passions, interests or gigs. These are often outlets or necessities required to cope with the evolving realities of practicing medicine today. Medicine needs whatever we as physicians have to offer.

Anupama Verma is a nephrologist.

There's no textbook for when your father is dying 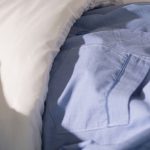 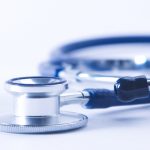