I learn all manner of interesting things from the information sheets posted on the walls of the employee bathrooms at my hospital. I learn, for example, about upcoming CME offerings for advance practice providers, how many seconds one has to scrub the hub of a central line, and what the new process is when nurses need to call in sick. They call a specific phone number and state that they cannot come to work. Done. Someone else’s problem now.

This is amazing to me, because there is no such construct in place for physicians when we are sick.

Every few months, my cell phone dings at a sickeningly early hour. My “hospitalist MD” group text is the culprit.

“I’m so sorry but I have been up all night vomiting and don’t think I could possibly round today. Can anyone take my shift and I’ll pay you back as soon as I can? Sorry!”

Sometimes the text includes the green-faced vomiting emoji or maybe the pile of poop one depending on the victim’s exact symptomatology.

Our group has become large enough that usually someone who is not on the schedule that day eventually comes forward. But sometimes we have to run with one less doc or make due while the replacement dispositions his or her kids. For smaller groups or subspecialists, this may not even be possible.

Yet we are still more flexible by virtue of our shift work than are our counterparts in the clinics. They may have dozens of patients lined up, some of whom had carefully planned their child’s or their own appointment months in advance to coincide with days off of work or school. It certainly makes one think long and hard about the inconvenience that would be imposed on all of those patients and their families if one were to call in sick.

In the hospital setting, we do not have patients who have made appointments with us specifically. Most of the patients, in the unlikely event that they were counting on the same attending to return the next day, would not be too disappointed if someone else showed up instead. But instead of worrying about massively inconveniencing a panel of patients, we worry about massively inconveniencing our partners. The same number of patients will be on our service regardless of how many attendings work that day. We cannot ask the patients to reschedule for a future date. We can all do the simple arithmetic in our heads and realize that 36 divided by three is doable but 36 divided by two is quite a hardship for the two. This is very, very stressful. No one wants to be the slacker, the weak link. As stressful as it is to be overworked, it is more stressful to realize that it is your fault that your partners are being overworked.

So we always “pay it back.” There is no such thing as an actual sick day. At my previous hospitalist job, I called around one weekend as I was having a miscarriage in the bathroom on the Peds unit and found a replacement for myself. As soon as my next weekend off rolled around, though, I worked Peter’s shifts to pay him back.

The end result is that physicians work when they are not physically and mentally at their best in order to avoid the inconvenience to others and the inevitable need to pay someone back later. Potentially exposing co-workers and patients to communicable diseases. Ignoring the very same advice we give our patients. 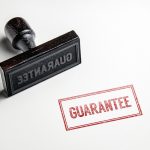