There are so many things that I could tell you to be.  Be brave.  Because change and opportunity are scary and fear is a natural precursor to achievement.  Be kind.  Because there are fewer things in life that will bring such natural and unadulterated joy.  Be humble.  Because the first sign that you are plodding off in the wrong direction is the undying certainty you feel in the rightness of your chosen direction.  Be all these things because they will lead you to wealth both materially and metaphysically.  And most of all, be vulnerable.

Throw yourself into an uncomfortable situation and see what happens.  Reveal your deepest secret, your most embarrassing truth.  Embrace your own littleness in this big gaping universe.

Put yourself out there.

I started blogging in 2005.  My first medical blog post was about one of my deepest darkest secrets.  I wrote about the day medicine broke me.  The day I became untouchable because I built up so many walls that nothing could break through.  I blocked out not only fear and pain, but joy and love.  And I was dead inside.

With this blog post, I learned how to be vulnerable.  Which led to 13 more years of medical blogging.  Two self-published books.  Trips around the world to talk about social media and medicine.  And a slew of personal relationships that have enriched my life.

Public speaking was a natural progression from blog writing.  People who read my blog would ask me to address their institution or speak at their conference.  But I struggled with the message.  I had no interest in talking about the mechanics of medicine or instruct on medical knowledge.

I wanted to talk about the bigger things.  The pain of medicine and the transcendence of the doctor/patient relationship.  But to do this, I had to be vulnerable.  I had to stand naked in front of an audience and bare my most problematic stories.  Painful stories.  Difficult stories.

Yet standing on an empty stage without podium or Powerpoint to hide behind, I found something quite contradictory.

I threw myself headfirst into the financial independence community with neither credentials nor following.  I only had my stories, my honesty, and my plan to be vulnerable.  So I talked about my wall of fear and transfer of addictions.  I documented my struggles with medicine.

My vulnerability has been rewarded.  Not only have I met some of the greatest people in the world, I have been accepted, and even celebrated at times.  My content has been shared.  I have been recorded on podcasts.

Some of the greatest things have happened to me because I was willing to be vulnerable.  In fact, I can’t point to a single situation in which such actions have led to regret.

I can not tell you how to live your life.  I can’t give you the secrets to economic or emotional success.  But I can tell you that the act of sharing vulnerability creates incredibly profound and nurturing experiences.

Don’t be afraid and miss out.

Reach out to your colleagues: This can have more impact than you can imagine 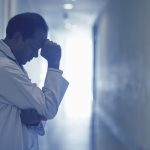 Why your child should have a black, male doctor 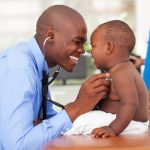