I started internship July 1, 2008, as a terrified 25-year-old blank slate. Most days started with a combination of nausea and dread as I pumped myself up in the resident parking lot — conveniently located a mere 1/2 mile from the entrance to the ivory tower I called home.

The days were long. The nights were longer. Every month I had the chance to be a brand new idiot as a new rotation meant new responsibilities, new skills and new attendings’ idiosyncrasies to memorize.

Days became weeks, weeks became months and months became a year. Before I knew it, my blank slate had been replaced with sharpened clinical skills and a new-found confidence.

My dread-filled parking lot sessions were replaced with leisurely drinking coffee as I greeted the security guards, janitors, and nurses who had become daily fixtures in my new life.

I knew every square inch of that ivory tower. I could tell you the quickest route to respond to any code. I knew where the hidden bathrooms were. I could tell you which cafeteria worker made the best omelet at 3 a.m. (Ms. Shirley will forever be the 3 a.m. omelet champion.)

More importantly, each part of the hospital represented some badge of honor I earned. I can tell you where in the MICU I placed my first central line. I can still picture floating my first pacer in the CICU. My first chest tube was in room 12 of the SICU.

Halfway through residency I had one goal in mind — become chief resident so I would be offered an attending job on the academic faculty. I did everything right: showed up early, stayed late and always offered to help teach the interns and students. Becoming chief was easier than I expected. I continued giving 110% until that fateful day the medical director called me into his office and gave me the offer I had been waiting three years to hear.

He complimented me on my work ethic and my ability to keep a positive attitude during even the most stressful of situations. He offered me the keys to the ivory tower— and I politely turned him down.

Thanks, but no thanks.

The same month I became chief resident my wife gave birth to our first child. Parenting has a way of completely reorganizing your priorities. As each month went by I realized that there was a life outside of the ivory tower and I wanted to be a part of it.

By the time I got offered the keys to the castle I knew that what was best for my family was to move to a quiet beach town were I could punch the clock in a community ED and spend my free time with my family on the sand.

It turned out to be the best decision I could have made. I make more money than I ever thought was possible, I have a great work-life balance and my free time is truly free. I never even think about the life that could have been had I stayed in academics. That version of myself is long gone and I like the new me just fine.

Earlier this year my father needed to have cardiac bypass. He asked me where he should have it done and I, of course, recommended the ivory tower. The day of surgery arrived, and I drove the 90 miles from my sleepy beach town back to the big city. I was obviously concerned about my father but part of me was eager to stroll down memory lane and see my old stomping grounds.

I walked through the main entrance and to my surprise the feeling I had wasn’t happiness — it was that same nauseous dread I hadn’t felt in a decade. I shook it off and walked to the cafeteria to see if the omelet station was right where I left it. Hoards of white coats were amassed in the lines as med students and interns followed the residents like baby ducklings. I felt a knot in my stomach and lost my appetite.

I left the cafeteria empty-handed and walked past a conference room where I spent more than 500 hours of my life sitting through conferences and grand rounds. A disheveled intern walked out of the doors just as I was about to peek in. I did a 180 and redirected myself to the cardiac ICU to see my dad.

I met my mom in the ICU waiting room. It hadn’t changed a bit. They still had the same complimentary coffee I used to raid as a broke resident. When the nursing staff took us back to his room I immediately recognized it. It was the same room I floated my first transvenous pacer ten years earlier. My dad’s surgery had gone great. His vital signs were stable and the surgeon expected a quick recovery.

The longer I sat in the room the more claustrophobic I felt. I could see the nursing station where I used to write my notes. I could see residents and fellows finishing rounds before heading off to lunch. Each glimpse felt like a knife in the heart.

I spent the next few days visiting my dad at the ivory tower. Each time I saw something that reminded me of my old life. They all made me feel sad, but I couldn’t figure out why. I had nothing but great memories of my time there. I had no regrets about leaving and starting a new life for my family somewhere else.

Why did walking down memory lane make my heart ache? What was I missing?

I was missing myself. I was missing the 25-year-old with blind ambition and endless energy who loved the daily challenge of learning something new.

Residency is a time of intense personal growth. Whether you leave your ivory tower or not, you will eventually find yourself in a comfort zone as an attending. After a few years, you could do your job in your sleep. You can go on autopilot and watch the checks roll in. You can’t go home again because that blank slate version of yourself is gone.

I’ve now spent more time as an attending than I have as a med student and resident combined. My side hustles and this blog represent new challenges and a chance to use different parts of my brain. It feels good to not be on autopilot all the time.

I can’t go home again, but I just might be able to rekindle some of that fire that fueled an ambitious twenty-something in his ivory tower. 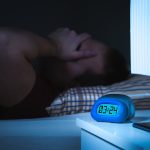 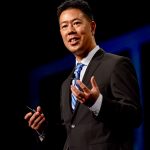 More by Side Hustle Scrubs, MD