I am a retired family physician (FP) and do extensive traveling in my RV. Since I have multiple medical problems, I attempt to carry with a copy of my medical records with me. I am often surprised by the information that is included in the office dictation or the hospital record and wonder how that information was obtained since it was not elicited by asking me for the info.

Case in point number one: My hospital admission for asthma exacerbated by infection. I was seen and managed by a pulmonary doctor. Great care; my history was taken; I was treated for four days with several visits for the first two days, and good follow up in office.

I was admitted to an FP who consulted pulmonary. The FP was in the room twice. And he did not introduce himself. He listened to my lungs for 15 seconds on one occasion. My second visit was while using a nebulizer and I was observed for 10 seconds, and the doctor left and did not return. I am sure he reviewed my chart and was aware of my treatment and progress during my stay. I was amazed to find he billed Medicare for H&P, daily visits and discharge summary. His H&P had to be a copy of the pulmonary note and documented activities he did not perform. I would think this qualifies as upcoding and wonder if this the only way physicians can survive with the current low reimbursement rates?

Case in point two: I was hospitalized again at a well-known university for the removal of benign meningioma. Medicare billed on the day of surgery for an extended visit and medical monitoring. The dictation included history, extensive exam and documented physical examination. I do not know what time was spent monitoring my condition and directing treatment. My surgery was at 7:00 a.m., and I was awake and talking with the surgeon by 9:30 a.m. I do know that the PA who documented a critical care visit with me and the physical examination never saw me, never talked with me and did not perform any physical exam. He did include that he discussed my treatment with his supervising physician in his dictation.

On the second hospital day, this same PA documented another critical care visit and physical exam, for which Medicare was billed. This dictation also includes a note from supervising MD that he had also been present for the visit and had also performed a physical exam. None of this documented activity occurred on the second day. Clearly, this is false billing to Medicare, and certainly, this is also upcoding to increase reimbursement. Is this the new standard of care to survive?

After the surgery on Friday morning, I was not seen by a physician until 2 or 3 p.m. on Saturday. The reason for that visit was because of multiple complaints to the nurses about an increasing headache. I complained of a severe headache and severe nasal congestion over a period of hours. I reported that the headache of three to four intensity steadily increased to eight or nine out of 10. I learned that I had been started on Keppra, although no one ever discussed this med or possible side effects. I looked up the drug myself and discovered the side effects. The nurse told me those side effects “are not common.” I refused the med after that information. The physician finally showed up and changed my pain medications. After stopping the Keppra and several doses of more effective pain medication, my headache resolved. I was discharged on Sunday afternoon.

Case in point three: On a recent visit to cardiology, the dictation included a physical exam and ROS. This did not occur as documented. To be clear, on my assessment of this visit: I have the same cardio for ten years. We did talk about my current activity level and lack of symptoms. We discussed my annual echo, my recent visit to the ER for new-onset hypertension and the management plan including a stress test and change of meds from those started in ER. I do feel well cared for and have no problems with the visit. However, does this dictation not also show evidence of upcoding? He knows what my heart and lungs sound like, but he did not listen to them.

Verbal and written complaints to the hospital regarding billing for visits that never happened only resulted in strong denials that what was billed for did, in fact, occur. They also expressed to me that I did not really understand what actually occurred during the visit.

An independent auditor determined that “standard of care was met,” although he never talked with me about the complaint.

Richard Wageman is a family physician.

Why do we think obesity is caused by lack of exercise and not junk food? 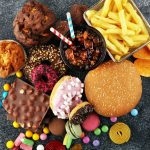 Medical training can't prepare us for the loss of patients 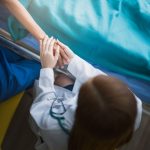