I have a theory. There is a simple thing hospitalists can do that can enhance relationships with our patients, and even, I bet, improve patient satisfaction scores. The catch is it is not something you can do for yourself; you can only “pay it forward” for somebody else.

We know patients who trust their physicians are more likely to follow recommendations, and that trust and confidence in physicians probably leads to higher satisfaction scores. According to data from Tom Lee, Chief Medical Officer at Press Ganey, “confidence in provider” is the key differentiator between those who say they would recommend their physician from those who do not.

As hospitalists, it is not easy for patients to develop trust and confidence when you are meeting them in the hospital for the first time, often during a crisis in their lives when they are most vulnerable.

But what if before you entered the room, somebody else helped you establish credibility?

“It is the end of my two weeks, so starting tomorrow Dr. Smith will be taking my place as the supervising doctor on the team. She is a really great doctor who I trust, and I will be talking to her later today so that I can tell her all about you and your care so far.”

That’s it. Did you catch it?

By saying something positive about the physician coming on, it is more likely that the patient will have an initial positive bias. After all, rather than on Monday morning simply having a new physician surprisingly show up in their room — something that likely leads to some sense of uncertainty and concern, and must erode trust tremendously — the patient is now expecting a “really great doctor” who others trust. That doctor is set up for success. You have just gifted her with some degree of trustworthiness. Now it is up to her to convert that trustworthiness into actual trust through what she does with and for that patient — a task much easier than when one starts out in a trust deficit by showing up unannounced.

This is not just a crazy idea that I have had on my own. During the ABIM Foundation Forum, which focused on “[Re]Building Trust,” Greg Poulsen from Intermountain Healthcare said that this practice seems to have worked in an emergency department. When they couldn’t figure out why one emergency department in the system had significantly higher patient satisfaction scores, they asked what was different and found out that the staff there had been asked to say one nice thing about the physician who was going to see the patient.

Importantly, this needs to be authentic. If you are simply saying something that you do not believe, that will not result in better trust, in fact it is likely to undermine it. If reality does not meet expectations, it can be frustrating. However, I am sure you can think of something nice to say about each of your colleagues. He’s a good listener. She really pays attention to details. He trained at Harvard and is incredibly well-trained. Whatever it is. Think of something, and – if you can be genuine about it and mean it – say it.

I have started doing this same thing for our residents in real-time, telling the patient what a good physician Dr. so-and-so is and how carefully they are looking over their care. “You are in good hands.” I believe that statement, when said authentically, is therapeutic for patients. It has the potential to defray – at least a bit – the stress and worry that often accompanies hospitalization.

It is a simple gift you can give your colleagues and patients. Will it work? Will a positive comment just lead to a one-day sugar high? Can trust truly be passed forward? I don’t know yet, but let’s find out. I’m gonna give it a go. I hope that my colleagues will trust me and pay it forward.

Christopher Moriates is hospitalist and can be reached on Twitter @ChrisMoriates.  This article originally appeared in the Hospital Leader. 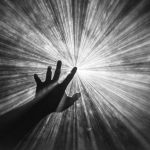 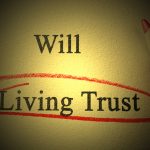