Imagine spending days or even weeks in an emergency room without treatment for a broken leg or painful kidney stone.

Patients in psychological crisis across the country are living this exact scenario. Long waits in an ER, hospital room or prison for an inpatient psychiatric bed, otherwise known as psychiatric boarding, are their unfortunate reality.

Rewind to over 50 years ago — as institutionalized patients were gradually integrated into communities, the availability of inpatient mental health beds began to shrink. The number of beds nationally in state and county psychiatric facilities plummeted by 350,000 between 1970 and 2006. Funding for outpatient services, designed to prevent relapses that would require inpatient services, has not kept up with demand. State funding nationwide for mental health has been slashed to the tune of 4.35 billion between 2009 and 2012, putting care for psychiatric patients out of reach in many communities.

Mental health patients lacking adequate outpatient services often wind up in jail, emergency rooms, or prisons. Since debilitating mental illness makes it difficult to hold a job, unemployment in this population is high at over at 80 percent as of 2012. Many psychiatric patients rely on Medicaid, but due to the Institution for Mental Disease (IMD) exclusion, Medicaid does not cover the cost of care for patients 21 to 64 years of age at inpatient psychiatric or addiction treatment facilities with a capacity greater than 16 beds. This rule makes it difficult for states to fund larger inpatient psychiatric hospitals, which further exacerbates the psychiatric boarding crisis.

The IMD exclusion was designed to ensure that the states, and not the federal government, carry the financial responsibility of inpatient psychiatric care. But when the emerging alternative is boarding in an emergency room, where the cost-per-bed per hour can be more than twice that in a non-critical care inpatient area, the resulting financial toll burdens everyone.

Indeed, the IMD exclusion itself exposes a dangerous misconception about mental illness — that treatment for psychiatric conditions is less important than that for physical conditions. Statistics, however, paint a different picture.

Patients with severe mental illness have a 10-to-25 year decreased life expectancy, and the mortality rates respectively for patients with depression and schizophrenia are up to 1.8 and 2.5 times higher than the average population. A belief persists that psychiatric patients are able to wait for care since their condition is not immediately life-threatening. But there are countless physical conditions that are not life-threatening that are rightfully treated expeditiously due to appropriately allocated resources. A patient with a broken leg, for example, would never be allowed to languish in an ER or prison for weeks awaiting treatment.

Even when hospitals try to maintain inpatient psychiatric units, attempts to staff them are sometimes futile due to a national shortage of psychiatrists. A possible reason for this shortage is lower payments for services. Unlike medical services that provide more definitive, perceptible — and, thus — billable remedies for illnesses, the benefits of psychiatric treatment are not immediately apparent and are typically reimbursed at lower rates. The national shortfall of psychiatrists will likely only get worse as younger physicians seek other specialties. As of 2015, over half of all psychiatrists were over the age of 55.

Limited community services can force patients with mental crises to turn to the ER as their last resort. The Emergency Medical Treatment and Labor Act requires that all ER patients be stabilized prior to release, but the mentally ill who demonstrate a risk to themselves or others are deemed unstable, precluding discharge. This often initiates the long wait for an inpatient psychiatric bed.

The most psychologically unstable patients are those who exhibit suicidal or homicidal thoughts. These patients routinely require involuntary commitment to obtain necessary care, prompting legal questions when that care is delayed by psychiatric boarding.

In 2014, the Washington State Supreme Court deemed involuntary psychiatric boarding illegal. It concluded that inefficient funds did not justify housing patients in ill-equipped facilities for prolonged periods of time without services that could help them get better. In response, the governor allotted $30 million dollars for the expansion of inpatient psychiatric services. Between 2014 and 2015, the state’s inpatient psychiatric bed count grew by 224.

Lawsuits have mandated positive change in some states, but are not an efficient or ethical answer to the mental health crisis. Expanding Medicaid coverage for unstable mental health patients would more effectively improve care nationally for those in serious psychological crisis while signaling an end to the stigma the IMD exclusion perpetuates.

With national bed counts rivaling those from the 1850s, restrained state budgets, the IMD exclusion, and a psychiatrist shortage, the mental health crisis is not going away any time soon. Meanwhile, patients across the country with psychological pain and instability continue the agonizing wait for necessary care.

What being held at the Mexican border is really like 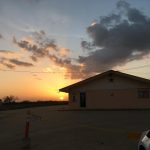 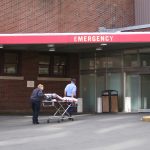