When I left clinical practice, I thought I was prepared for the change in my identity.

I was shocked by the degree to which my sense of myself and my value in the world were rocked by leaving the profession. After all, I left practice less than seven years after I could legally write MD after my name. In residency and when practicing (and even to some extent as a medical student), I had reveled in the admiration of people I met at social gatherings — without realizing it. When I introduced myself as a physician, strangers leaned into the conversation, their faces lit up, with questions that were brisk and enthusiastic. Later, when I introduced myself as a writer, the response was completely different. I might get a question about what I wrote or where I was published, but the energy was pretty lackluster. And I saw how much I had basked in the shininess of the physician identity.

Eventually, I learned I could be perfectly happy without the adoration of fellow guests at dinner parties. I saw that my value in the world is not defined by my title or job description, but by how close I come to being the kind of wife, mother, daughter, sister, writer, consultant, coach, community member, and world citizen that I aim to be. It’s about who I am and how I am, not my degrees or title or position or credentials. I wouldn’t have faced this question of my value in the world if I hadn’t experienced burnout and left clinical practice.

Or maybe I would have.
​
Many of the physicians I’ve spoken with who have tackled the question of whether or not to leave because of burnout have faced this same question of identity — and facing the question seems to be essential to their being able to make different choices in how they practice. The experience of two physicians immediately comes to mind.

The first is a woman (I’ll call her Laura) who practices as a dermatologist and experienced, than recovered from, burnout. She recently left private practice for locums work after 21 years, recognizing that there was more life to be lived than could be found in a traditional work week. Laura told me, “I’m working hard now to not get pigeon-holed about who I supposedly am. The identity of a physician (or any other identifier) can be a trap, especially in America, where we tend to think we are what we do.”
​
Today Laura is mindful about the language she chooses to describe herself, feeling this is critical, although she says she still stumbles, because “Most people expect an answer of ‘I am a … [insert identifier.]’” Putting together the proper words and phrasing on the spot is something she can still find awkward, depending on the audience. For now, she often says, “I work as a dermatologist,” rather than “I am a dermatologist.” Laura says the phrasing reminds her that she is first a human being, not a profession. The second physician (I’ll call him Jim) holds a leadership position in a large health system, where he continues to practice family medicine a few days a week. After severe burnout forced Jim to rethink his practice and his life, he began to prioritize his family and personal health. Jim began delegating more administrative tasks and turning down requests that would have expanded his professional commitments. He explained, “I had become a human doing, not a human being. I was feeling pressure, guilt, and angst. I had lost touch with my family and with what I loved about being a physician.”

Today, Jim remains vigilant about setting boundaries that protect his family life and his ability to recharge. His work now includes helping other clinicians find balance and begin to tackle the workflow problems that fuel burnout. Like Laura, Jim believes that language is powerful. When introducing himself he says, “I am trained as a family physician … I work as a family physician … I serve in the role of …” Jim makes sure to mention in the next breath that he’s a husband and father.

What I take away from my experience and conversations with physicians is that wearing the cloak of the physician identity too tightly or without consciously balancing it with other aspects of one’s life can be a setup. That identity (“do more, yes is the only answer, patients always come first,”) can prompt physicians to run themselves hard, and it can leave them bereft when they can’t or don’t want to keep up the pace.

Medical training doesn’t teach us one fact that’s essential to our well-being and long-term career prospects: that while physicians accomplish amazing feats and provide an incredibly valuable service to the world, we are human beings first — and we, like the other beings on this planet, can serve in meaningful ways no matter our title, credentials, or position. Acknowledgment of that fact at the beginning of one’s career and modeling of behavior consistent with it by faculty and health care leaders will encourage physicians to make life and career choices that give them the greatest chance to thrive in the extremely difficult world that is health care today.

“In order to be who you are, you must be willing to let go of who you think you are.”
– Michael A. Singer

The secret life of a nurse 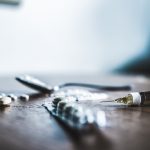