Writing in Annals of Family Medicine a few years ago, Chicago obstetrician Benjamin P. Brown vividly described his mentor’s interaction with a patient who had just emigrated from Mexico and had no family support. “When he asked earnestly how she was doing, her hard-won defenses seemed to crumple, and all of a sudden she was sitting on the exam table, sobbing,” Brown wrote. “I watched, rapt, as Dr. Gonzales — or Wilfredo, as he insisted I call him — reached out a steady hand to squeeze her shoulder and offered a tissue.”

Did a tissue and a squeeze on the shoulder ensure a better outcome for that woman? Perhaps not, but it surely helped her form a bond with her doctor that encouraged her to share her concerns and trust his counsel. According to a study in the journal BMJ Open, patients whose doctors listen to and respect them are more likely to disclose important information, stick with treatment regimens and get important health screenings. As the authors noted, “the weight of evidence across different areas of health care indicates that patient experience is clinically important.”

To determine just how important, researchers in the United States and Switzerland recently reviewed 13 randomized controlled trials; their goal was to quantify the impact of emotional care (showing trust, empathy and respect) and cognitive care (gathering and sharing information and managing patient expectations). The results showed a small but significant effect on measurable outcomes like blood pressure and pain scores. In fact, the average effect was larger than the impact of taking aspirin to prevent heart attack over five years and the impact of smoking on male mortality over eight years.

But great physicians do more than treat patients; they also create trust, hope and a sense of being known. To discover how they do that, a set of researchers in New Jersey, Pennsylvania and Ohio interviewed a large number of physicians and patients about a decade ago. What they found was perhaps self-evident: exemplary doctors create nonjudgmental emotional bonds with their patients, they use their clinical power in ways that most benefit those patients, and they show a commitment to their patients over the long haul. One physician talked about “being there when they need you to be there, pushing other things away in order to be there in a way that’s more substantial.” One patient compared the doctor-patient relationship to a marriage.

Like a marriage, the relationship only works if both parties are fully invested. As Leana Wen, MD, writes in When Doctors Don’t Listen, “Being a good patient is not being quiet and obedient. You know yourself, your body and your symptoms best. We want you to help us and need you to help us.” Individuals and families are better off in many ways when they develop long-term relationships with doctors who deliver 360◦ care.

Physicians today have more tools in their fingertips than ever before, from the latest high-tech scanners to the most advanced targeted drugs. But the doctor-patient relationship remains as important as ever, perhaps even more so. 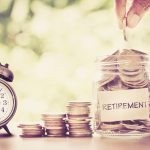 A strong doctor-patient relationship: why it matters
1 comments