A recent stir was created regarding a California pediatrician Dr. Bob Sears. Dr. Sears is sympathetic to parents who do not want their children vaccinated. Apparently, Dr. Sears got in trouble with the California State Medical Board for not producing medical records to support a parent’s claim that their son could not take vaccines because of adverse reactions, including “loss of urinary function and going limp,” and instead, just taking the parents at their word and not pursuing it further.

Naturally, this has triggered a debate regarding vaccines, but a secondary debate seems to have erupted regarding the idea of just “taking patients at their word.” Should we as physicians accept what patients are telling us at face value or should we be questioning their motives? In the past, physicians were free to do what we thought was best. But in the age of “patient satisfaction” and “the patient being the captain of their health care ship,” we as physicians have been forced just to take patients at their word, and that has had consequences. The opioid crisis is just one example. Just accepting that a patient’s pain is “10/10” has not worked out well. There is also the issue of secondary gain, such as dealing with workers compensation, auto accidents or pretty much any time a lawyer is involved.

Should physicians take patients at their word or ask questions to verify? I am reminded of an old joke: What’s the difference between an orthopedist and a carpenter? The carpenter knows more than two antibiotics.

As an orthopedist, I freely admit that 98 percent of the time when we pick an antibiotic we use a cephalosporin both for treatment and for surgical prophylaxis. Early on in my career, I noticed that there was an inordinate number of patients who claimed they were allergic to penicillin. This was problematic because of known allergic cross-reactivity between penicillins and cephalosporins. These patients were denied both of these relatively safe and effective antibiotics for their entire lives and were given sometimes less effective and less safe alternatives.

So, I started to ask questions. The first was: were you ever given a cephalosporin? If they answered yes, and there was no issue — problem solved. If no, then I asked what the nature of their penicillin allergy was? Less than five percent of the time did I get an answer that reflected a true allergy such as hives or a true anaphylactic reaction. Ten percent of patients gave a history that really was not an allergic reaction but still raised concerned such as diarrhea after prolonged use. The other 85 percent felt that was not an allergy or minimal cause for concern. Some of the most common ones were:

“I took penicillin, and my stomach hurt.”

“My parents told me I had an allergy and never to take penicillin.”

“I took penicillin, but my infection did not clear up.”

“I took penicillin and threw up.”

Some of the more esoteric responses I got were:

“I took penicillin, and it made my urine smell.”

“I took penicillin, and it made my urine turn orange.”

“I took penicillin and became tired.”

“I took penicillin and got pregnant.” (I found out later that there was concern that penicillin might interfere with birth control pills — but that was found not to be true, only rifampin has that potential effect.)

As a result, I started to go ahead and give cephalosporins to these supposed penicillin-allergic patients who were not experiencing true allergies. I am proud to say I never had a problem. In fact, I can recall only about five patients who had any allergic reaction to a cephalosporin, and none of them gave a history of allergies to anything. I applied this same principle to other supposed allergies, and the result was the same.

Therefore, my advice is not just to take patients at their word. Ask questions and challenge patients if you feel it is necessary. I know that’s tough in the age of patient satisfaction. But in the long run, it is better for both.

There’s a fine line between stupid and clever in medicine 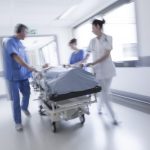 The culture of perfection in medicine is a disease 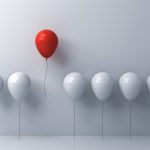 The consequences of taking patients at their word
17 comments