My 80-year-old patient presented with symptoms and signs of kidney failure. I hospitalized him and asked for the assistance of a kidney specialist. We notified his heart specialist as a courtesy. A complicated evaluation led to a diagnosis of an unusual vasculitis with the patient’s immune system attacking his kidney as if it was a foreign toxic invader.

Treatment, post kidney biopsy, involved administering large doses of corticosteroids followed by a chemotherapy agent called Cytoxan. Six days later it was clear that dialysis was required at least until the patient’s kidneys responded to the therapy and began working again.

You need access to large blood vessels for dialysis, so a vascular surgeon was consulted. He placed a manufactured vascular access device in the patient’s lower neck on a Monday in the operating room. The access was used later that day for a cleansing filtration procedure called plasma exchange. The patient returned to his room at dinner time with a newly swollen and painful right arm and hand on the same side as the surgical vascular access procedure.

The nurses were alarmed and paged the vascular surgeon. His after-hours calls are taken by a nurse practitioner. She was unimpressed and suggested elevating the arm. The floor nurses were not happy with that answer since they had seen blood clots form downstream from vascular access devices. They next called the nephrologist. He suggested elevation of the arm plus heat. This did not satisfy the charge nurse who requested a diagnostic Doppler ultrasound to look for a clot. The nephrologist acquiesced, and it was done quickly revealing a clot or deep vein thrombosis (DVT) in an arm vein.

I am the patient’s admitting physician and attending physician (it is unclear to me what the difference is), but I was surprised I did not receive the first or second call regarding the swollen arm. I was the first however to receive a call with the result. My first knowledge that a problem was occurring came when an RN called, “Dr. Reznick, the patient in 803 came back from dialysis with a painful swollen right arm and hand. The vascular surgeon was called but his covering nurse practitioner wasn’t concerned. The nephrologist ordered the test after we encouraged him to. There is a clot in the right brachial vein. What should we do?”

This was a new complication occurring to a frightened patient just returning from surgery, plasma exchange and hemodialysis for the first time to treat a rare aggressive disease he and his children had never heard of. One of my cardinal rules of practice is when in doubt listen to the patient, take a thorough history of the events, examine the involved body parts, look at the diagnostic studies with the radiologist and explain it all to the patient and family. I changed my leisure clothes to my doctor clothes and headed to the hospital delaying dinner, something my wife is incredibly understanding and tolerant of.

One of the perks of teaching medical students is being provided free and total access to the medical literature using the school’s library and subscription access. I searched for anything related to upper extremity deep vein thrombosis after establishing vascular access and related to his vasculitis. Three items popped up including recommendations and guidelines for diagnosis and treatment from the American College of Cardiology and the American College of Thoracic Surgeons all within the last six months. They both suggested the same things, use intravenous blood thinners for five to seven days then oral anticoagulants for three to six months or until the vascular access is removed. The risk of the blood clot traveling to the lungs is lower than in leg and pelvic DVTs, but it is still 5 to 6 percent.

I read this while the radiologist accessed the films and reviewed them with me. Next stop was the eighth floor where the patient and his out of town visiting adult child were. I asked them what happened. They showed me the warm swollen arm and hand. I checked for pulses which were present and then color and neurological sensation which were normal. I explained that when vascular access is inserted in the large neck veins it can increase the risk of a clot forming in the arm veins resulting in arm and hand swelling. I explained that the chances of a clot traveling back to his heart and out to his lung were 5 to 6 percent and significantly less than DVTs in leg or pelvic veins. The treatment was explained. His nephrologist concurred as did the cardiologist. Heparin was begun.

With elevation and soaks, the swelling was down by morning. He returned from dialysis that afternoon with his chin and neck all black and blue. He was bleeding profusely from the upper portion of the surgical access site. Nurses were applying compression to the area after the blood thinner was stopped and it continued to bleed. Vascular surgery was furious that heparin or any blood thinner was used for the clot.

Repeated phone calls to the vascular surgeon resulted in him angrily arriving much later placing six sutures to stop the bleeding. Heparin can lower platelet counts when antibodies to heparin cross-react with platelets. His platelet count of 80,000 was sufficient to prevent bleeding. A blood test for heparin-induced thrombocytopenia was drawn and he received two more units of blood products to replace what he lost. After stabilizing the patient, we realized his drop in platelets was due to the Cytoxan having its peak effect not heparin.

The patient had no further bruising or bleeding. He was dialyzed or had plasma exchange on alternating days for another week. The nephrologist wanted this done in the hospital, not as an outpatient. It took one week for the reference lab to return the negative HIT (heparin-induced thrombocytopenia) results clearing the heparin of causing the bleeding and bruises.

Prior to discharge I reviewed the long-term oral anticoagulation recommendations with the patient, nephrologist, cardiologist, and hematologist. The nephrologist was comfortable with administering a kidney failure lower dose of Eliquis. The vascular surgeon and cardiologist felt it was not necessary. The hematologist initially agreed then changed his mind. I asked each of the naysayers to explain to me how this patient differed from the patients in the many studies who comprised the data for the recommendations? They said he did not. They said they had a feeling and discussed “the art of medicine in addition to the science.”

In a rare vasculitis disease which few of us have seen frequently, I prefer the data in multiple studies to one’s clinical intuition. At discharge, I prescribed the oral blood thinner. I reviewed the pros and cons of the drug. The patient and daughter told me that based on the ambivalence of the hematologist he would stick with his aspirin rather than the oral anticoagulant.

Shared decision making appropriately allows patients to decide for themselves. If the patient develops pleuritic chest pain coughing up blood with shortness of breath from a pulmonary embolus, I will be called to provide care; not my colleagues, because specialists don’t admit. 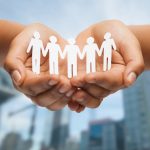 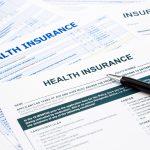 Guidelines, multiple specialists, and the science versus the art of medicine
2 comments