So, what was going on here.  What had occurred that day was the result of an insurance company practice that I had thought had been properly interred years ago.

The woman had pelvic pain and consulted with her gynecologist.  An ultrasound found a lesion within her uterus.  A hysterectomy was advised.  The insurance company directed that a second opinion be solicited.  A second gynecologist concurred with the first specialist.  The patient advised me that the insurance company wanted an opinion from a gastroenterologist that there was no gastrointestinal explanation for her pain.  In other words, they did not want to pay for a hysterectomy that they deemed to be unnecessary.

How should we respond?

This woman’s treatment plan, as recommended by two gynecologists, was halted by a bureaucrat who likely had less medical training than they did.  I surmise that not enough boxes were checked on the submitted paperwork to permit the recommended surgery to proceed.   The insurance companies, of course, claim fidelity to a medical quality mission.  How would they like to be subjected to the same absurd level of scrutiny and oversight that they wield over us?  When the reform hammer comes down on the insurance companies,  my patient might be holding up a sign or a pitchfork, but it won’t be to stand up for them.

Guidelines, multiple specialists, and the science versus the art of medicine 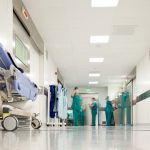 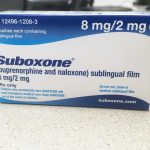