Written by George Kamajian as told by Bob Fedor.

I’m an old family doctor. I’ve seen much and forgot more. Life has taught me that we touch our patients’ lives for a moment, a season or a reason — and sometimes with unforeseen consequences.

I grew up in Erie, Pennsylvania. In 1968, when I was 19, the Tet Offensive in Vietnam caught the American military off-guard, and the Pentagon began frantically drafting new troops.

My lottery number was low. I knew my civilian days were numbered, but I didn’t want to go to Vietnam to be a trained killer. It wasn’t in my nature, then or now.

Seeing the National Guard as an alternative to Vietnam, I found a unit and signed up.

Six months later, I was ordered to go to Ft. Polk, in Leesville, Louisiana, for basic training. (Guardsmen, draftees and volunteers all shared the same eight weeks of misery.) The long, monotonous bus ride took me into the Deep South, where I encountered mosquitoes, swamps, dangling Spanish moss and putrid pulp-mill smells. At Ft. Polk, I met the man who would control my life during my time there: drill instructor Master Sergeant Pu.

Master Sergeant Pu was a big, hard-drinking, bad-ass Army Ranger. A massive Polynesian with limbs the size of tree trunks, he’d spent three years in Vietnam and had several Purple Hearts and Bronze Stars to show for it. Now the Army had decided that his talents were best utilized in degrading new recruits.

To Pu, I was a college-boy “C.U.N.T.” — “Can’t Understand Normal Thinking.” To the rest of the company, who knew I wasn’t going to Vietnam, I was “Jody” — slang for a civilian who’d try to steal their wives or girlfriends while they were off at war. I was the guy everyone loved to hate.

As a guardsman, I’d been promoted to private E2 (a three-dollar-a-month pay increase). Master Sergeant Pu decided that this qualified me to be a squad leader: He put me in charge of ten men who didn’t want to be in the Army and who didn’t like college kids — especially Yankees. My job was to make sure the squad followed rules and regulations and attended drills on time. I took my job seriously.

One of the men, Rufus Jones, was a short, scrawny 17-year-old with a smile a dentist would love. He was poor and black and had never been away from his family tobacco farm in Mississippi. How he’d passed the Army’s minimum height and weight standards was a mystery.

Rufus had volunteered for the Army; it was his ticket to a future. For him, failing basic training meant a life sentence of impoverishment and sharecropping. Although his face betrayed little, he knew that every dressing-down he received from Sergeant Pu, and every field obstacle he couldn’t climb, brought him a step closer to a general discharge. Not only that, but he was the target of every terrible racial epithet that my company’s mostly poor white Southern “gentlemen” could hurl.

Rufus didn’t belong in the Army for many reasons; but he was there, in my squad, and we all belonged to each other — at least, that’s how I felt.

I took Rufus under my care. Misery loves company, I guess. I moved his bunk next to mine and helped him in our field drills. We often ate together, a swath of empty seats around us.

Slowly he came out from behind his barricade of loneliness. I learned about his girlfriend and the baby they were expecting. I listened as he told stories about his grandmother’s slave roots. He learned how to organize his footlocker and pass inspection. Every day that he didn’t wash out of the Army was a victory for him. As far as the rest of my company was concerned, though, I’d started basic training as a C.U.N.T., moved up to being a Jody, and had now earned the title “n—-r lover.”

One evening, about six weeks through training, I walked alone back to the barracks from the mess hall. The next thing I knew, I was in my bunk looking up at the ceiling as it wove in and out of focus. Dark red blood oozed down my scalp from beneath a sloppily applied bandage. I’d been attacked by a “good old boy” with an entrenching tool.

Looking back, I clearly had a concussion and was lucky to be alive. But those were the days before CAT scans and class-action lawsuits; complaining was not an option.

When you live, work and train with other men in that setting, there are few secrets. Everyone knew who had attacked me and why. It wasn’t business as usual — it was personal, and everyone felt I deserved it.

The next morning Master Sergeant Pu called a special company assembly. We all knew why we were there.

As we watched in terror, Pu’s enraged face turned from its normal milk-chocolate to livid purple. Suddenly he pivoted in front of my assailant and brought his face inches away from the other man’s.

“My name is Pu,” he erupted, spewing spittle and poking his index finger almost through the recruit’s chest. “If you’ve got something to say about n—-rs, I want you to say it to my face, cracker-boy!”

There were no officers around to stop Sergeant Pu as he pushed the man out of the line and onto his knees. In those days, there were no restrictions on striking, insulting or otherwise humiliating new recruits. There was no record of the assault against me, and there would be none of Sergeant Pu’s retribution.

Afterwards, my attacker was sentenced to dig and cover the latrines for the whole company’s use during field training, the lowest form of degradation Pu could legally inflict. That lasted until the final week of training, when Sergeant Pu decreed that the recruit was to be recycled — sent back to try to make it through basic a second time.

No one ever called me Jody again. I passed basic training, and so did Rufus Jones.

Our paths separated. I finished my training as an Army clerk, then went back to college and, eventually, medical school. I married and had a family.

Years passed, and I retired. My desk was empty of patients and paperwork; only photographs remained.

One rainy afternoon, surrounded by memories and regrets, I took advantage of social media to look up people whose lives had crossed mine, including Master Sergeant Pu and Rufus Jones.

I learned that Pu had retired from the military and died at age seventy-three.

Rufus Jones died in 1968, two weeks and three days after being sent to Vietnam. He’d escaped the Mississippi sharecropping life, only to lose his future in the jungles of a remote country.

From the Army, I received an honorable discharge. From the field of health care I retired with powerful memories of the patients, medical students, interns, residents and physicians I’ve worked with. Sometimes I reflect on these two parts of my life and the good and bad in both.

Back in my college days, I didn’t consciously set out to become a doctor. But that road begins with empathy towards fellow human beings, and helping people has always come naturally to me.

Our lives crossed for a few weeks in basic training. I helped him to achieve his dream of escaping the Mississippi mud. If we’d never become friends, if I hadn’t helped him through basic, would he still be alive today?

That’s a question for God. As for my part in that conundrum, every now and then, late at night, in Rufus’ lost footsteps I find my own.

George Kamajian is an emergency physician.  Bob Fedor is a family physician. This piece was originally published in Pulse — voices from the heart of medicine. 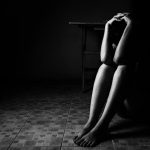 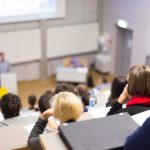 How basic training changed me as a doctor
3 comments