Very many years ago, as a medical student, I remember caring for a twenty-something-year-old in the intensive care unit (ICU) with a very severe infection that resulted in her being in the ventilator for months. Let’s call her Jane. Her hospital course was complicated: re-infections, loss of digits, muscle wasting.

The ICU was closed to families during morning rounds which is when all the doctors in their white coats gathered and went from bedside to bedside discussing each patient in turn. Most of the patients were on ventilators or, overall, too ill to converse with us. So, we spoke amongst each other about the medical events that brought them in, about what happened the night before and about the plan for the day ahead. As medical students, we were grilled on our understanding of pertinent pathology, microbiology and pharmacology. And just like that, the little white cluster buzzed from room to room until we had seen everyone. So many words from the doctors while, from the patients, only the soft purring of breathing machines.

Not so for Jane. At the head of her bed, her mother had taped a large picture of her before her catastrophic illness — so we could see the former model, the valedictorian, the only daughter. We caught a glimpse of her, of her individual story — who she was and who she might yet still be. Even when hospital protocol mandated that her mother could not be present, she found a way to be her daughter’s advocate.

Now, as a practicing emergency medicine physician for over a decade, I can say one of the most important things a patient can do is to come to the hospital with a family member — an advocate. If at all possible, don’t come alone.

As the doctor manages an almost always busy ER, they have a brief moment to get to know you. The one who comes with you paints a bigger picture of who you are. They say that you are a stoic and the fact that you are in the hospital today means more than the doctor might initially think. They stand by and they stand for you. They rush out even before the alarm starts beeping to say, “You don’t look alright,” and we are already at your side that much faster. They get the cool cloth for the fevered forehead and give the gentle rub to the retching back. They tuck the warm blanket securely around shoulders and arms and ankles. They field calls, make calls, secure information and verify details. They encourage you to stay when you want to leave and make sure you follow up appropriately if you are discharged. The right family member is your champion and our partner. They become part of our team with the goal of achieving your best outcome.

A few months ago, I was an ER patient. In fact, I was a patient in my own ER among nurses and techs and providers who knew me well. They took outstanding care of me. Nonetheless, I was grateful for my mother who towered in fierce watch over me. She told my story when I was too sick to, diligently monitored the monitor and stood for me and by me steadfast and unwavering, positioning herself as an integral part of the team that got me better.

It may seem obvious to people that they should come to the hospital accompanied and that is great. To those people, I would just say that the person you bring can have an active role to play in your care and you should encourage them to stay with you during your entire visit. And there are those folks who, for any number of reasons, have no one to bring. To those people, I say someone can be present for you without being physically there. Here again, we can take a lesson from Jane’s mom — even in absentia she never ceased to support her daughter. She gave her a voice that spoke volumes over the purring of breathing machines. 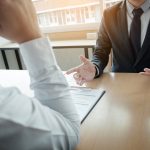 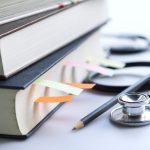