I’ve written in the past about how words are powerful — that they can have multiple meanings, how they can change depending on context. I am often reminded of how true that is in everyday oncology practice, especially when it comes to meeting new patients. Some are diagnosed with cancers that carry a relatively good prognosis, in which case there is reason for an optimistic outlook and for curative treatment. Others have a more advanced disease or a poorer prognosis, in which case I tend to be more cautious with the words I choose: remission, stability, progression-free, yes, but cure is a word I rarely use.

Yet, sometimes we come across patients with advanced cancer at diagnosis who strike our hearts. Maybe it’s because they are so young at diagnosis, or recently parents, or just starting a new chapter in their lives — as grandparents, retiring from an occupation or empty nesters. Despite reason, science or biology, our empathy might get the better of us, or maybe we let hope come to the surface. We simply want them to do well no matter what their tumor biology might tell us, and even I find my more cautious approach flung out the proverbial door. In those instances, the words we use can be particularly resonant.

Such was the case with Anne (identifying information changed). She was 29 years old when she was diagnosed with ovarian cancer. Because it is so rare in young women, there was quite a bit of a delay in making the diagnosis, and by the time she saw me the tumor had spread. She had disease outside of her ovary, surrounding the peritoneum, in her liver and in her lungs. She had undergone surgery, but her gynecologic oncologist could only remove her ovaries and biopsy the peritoneum — there was too much disease. Her pathology showed high-grade ovarian cancer. Given the extent of disease, it was stage IV: something that we could treat, but could realistically not cure.

When I met her, she had been told her diagnosis; she understood that her prognosis was not good. We spent much of that first visit concentrating on symptom control — what she could do about nausea and constipation, anxiety, insomnia. I referred her to palliative care, explaining that it was not hospice but rather a way to maximize much-needed support. I recommended systemic therapy, and we spoke on the specifics of chemotherapy — the regimen, how various drugs are administered and potential side effects.

As I reviewed options, I saw her face fall and tears in her eyes. She was in shock, still unable to grasp what was happening, and so afraid to die. It made me sad, and I found myself wanting to give her hope. And so I found myself telling her, “Although the disease has spread, I hold out hope to get you into remission. Who knows? Maybe we can even cure this.”

She looked up and was able to re-engage with me, and we came up with a treatment plan. As she got up to leave, she smiled and, to be honest, I was relieved. I wanted her to see a future despite cancer, and I wanted her to do well.

She responded well to treatment. Better than well. Her tumor marker plummeted with each cycle, and by her sixth, it was in the normal range. Her scans showed a remarkable response. The only sign of disease was a cystic lesion in her chest; our radiologists felt it was a “treated metastasis.”

I walked in excitedly, and saw her seating at the edge of her seat, waiting for the results of her scan.

For a moment, I was confused. I had thought she would be happy with the news that her cancer was no longer apparent. But she had wanted to hear more.

“Honestly, doc,” she said. “I was hoping you were going to come in and tell me I was cured. I remember you said it was possible when we met. I was just hoping that this was it.”

I suddenly recalled our first conversation, when I had said she “might” be cured, and as I looked at her, I realized cure was the objective that kept her going. She wanted to treat her cancer until there was no chance it would return. No matter what. She needed to hear she could be cured.

I sat down then, my face close to hers. “Anne, you were diagnosed with stage IV ovarian cancer. This is rarely — if ever — curable, and if we were to try, you would need combined modality treatment: surgery plus chemotherapy. I cannot cure ovarian cancer with medical treatment alone, and given that you are not a candidate for surgery, it is not likely at all that you will be cured. That’s not to say you’re dying, though. There is a middle road where we keep the disease at bay, which allows you to live for as long as you can. In my opinion, that’s the road you will travel.”

She listened to me intently and nodded to let me know she was following along. “Well, can I ask you one question?”

“I can still be cured, right? I mean, that can happen?”

I was not sure how else I could explain it, so I reached back to my training days at Memorial Sloan Kettering, and I recalled a patient encounter similar to this one. In that case, it was a young man with an aggressive prostate cancer. He had been living with his disease for a couple of years, and he asked my attending, “I really need to know if I can be cured of this, doc.” She looked at him with compassion and said, “We have talked about this before. You know your cancer is metastatic, but this treatment is doing a great job for you. I don’t know how long this remission will last — it might be for weeks, months, or even years. What I can tell you is you are in remission, and when you die of that heart attack waiting for us all if we live long enough, if I am lucky enough to be at your funeral, I will tell your family and friends as they gather to celebrate your life, ‘He died of heart disease, but he was cured of cancer.’”

I told her that then, and she seemed to understand. She had no more questions, so I left the room. As she gathered her things, my nurse practitioner went in to give her a hug — she had expected a smile and joy over her excellent scan results. It was only then that Anne broke down, realizing that cancer would be with her always, and that she needed to “settle” for remission, because cure was, in reality, not possible. 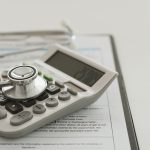 A physician's guide to getting more time with family 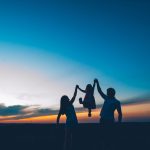