I recently needed to transfer my patient to a larger medical center for some urgent care. As I sat there in my relatively small hospital working out where they would be best served, a famous academic medical center that was not too far away, came to mind. I placed a call to the facility’s bed facilitator, who took the patient’s details from me, and was told to await a callback from the medicine resident team on-call. I didn’t have to wait very long before I got the call.

“Hello, did you want to talk to us about a patient?”

He got off the phone, and I heard him call his senior resident: “Hey, I’ve got the provider for a patient on the phone who needs to be transferred, can you speak to him?”

The resident came over; I introduced myself again, explained that I was the main doctor taking care of the patient, and that he needed an urgent transfer. The resident was polite, seemed diligent, and at the end of the phone call asked me as he took down my name, “Are you the patient’s main provider?”

So that was that. Indeed, I was the patient’s main provider. The process from there worked like clockwork, as it usually does to be fair. The patient was transferred out relatively quickly that same day. But my interaction over the phone with two intelligent new physicians, working in probably one of the best medical facilities in the country, may have finally persuaded me that being called a provider is something that every physician has to realize has come their way, especially if doctors barely out of medical school are now doing it to other physicians.

The use of the word “provider” to address physicians is something I’ve written about previously, including an open letter I penned with the president of the American Board of Physician Specialties, which was shared almost 20,000 times on social media.

For anybody who doesn’t think that what we call ourselves as a profession is important or relevant, I ask you to consider the following:

Why has the word provider become so universal only over the last ten years, when it wasn’t the case before? That interaction with the residents addressing me primarily as a provider would certainly not have happened a decade ago. It represents the dramatic loss of autonomy and control our profession has suffered, as we have catapulted ourselves into the arms of big corporate medicine in a world of increasing regulations. It represents a sea change in medicine. Previously, health care was all about “good old Dr. Johnson” around the corner, who would serve us and our whole family. Now, it’s about mega-mergers, corporate takeovers, and suits watching over spreadsheets. The world of corporate medicine and regulators has really done a number on physicians, right under our noses. And all credit to them for doing it so well. Calling us providers is a small but significant step in the commoditization of health care in general.

A while back, I was privy to an email that had been sent by a senior administrator to one of his departments. The administration was trying to get more patients seen and to also cut costs at the same time (a common scenario). The email was a long diatribe about how many “providers” were really needed and whether cuts could be made. Does anybody doubt that this administrator would have not written the same thing had he had to use the appropriate term “doctor” or “physician”? It’s so much easier to question the need for a provider, and then subject them to the typical corporate control that goes on in most other industries.

As a writer and someone who teaches communication skills, I understand the immense power of words. Don’t get me wrong; I do not lose any sleep over this issue, I can only state clearly my own views about a subject I feel strongly about. The word provider has done, and is doing, a tremendous amount of damage to our profession. Unfortunately, I believe most members of our profession have been very naïve in understanding this. When we are born, one of the first things we learn is to respond to our name. Names matter. If a more generic term is required, to encompass other professionals like nurse practitioners and physician assistants — who by the way, I really like working with, many of whom I count among my best friends — then “clinician” would be a much better and more respectable word. (I am yet to meet any NP or PA who likes the word provider anyway!) OK for a cable or electricity company, but not OK for a health care professional. It is a dehumanizing and meaningless word, and perhaps most importantly, no patient I’ve ever encountered particularly likes hearing it either.

One of my favorite short quotes I read online in the last year was from a physician who sent a message to all medical students that they had worked hard to get where they are, were entering an ancient and noble profession, and to not let the system turn them into a mere “bunch of providers.” Alas, the term may have already filtered through to the future generation of doctors much earlier than expected.

I, myself, have resolved to never use the word — even if everyone else around me does. So while the battle may be lost, this doctor is one who will always keep saying a loud “no” to ever being called a provider! 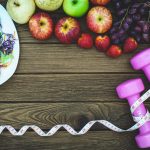 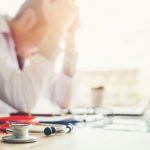