The two-page letter of complaint was typed on crested letterhead. The words “utter disappointment” jumped off the page, bold-faced and caps-locked. “The doctors left me to bleed,” she wrote, banging on the exclamation key as if she was firing lasers in a game of Space Invaders. “I was hemorrhaging, and they did nothing except pop in and tell me it would stop.” The tirade was directed toward me and the internist who admitted her. She’d never come back to our hospital again, she said. She’d never donate a cent, and she’d share her horror story with her friends.

It’s Saturday, early afternoon, and only now, four hours after I arrived to the ER, am I able to leave the jam-packed acute area in which our sickest patients are treated. Vivian Blue (identifying information changed) is the first patient I’m seeing in sub-acute. She’s forty-nine, a little overweight, but fairly healthy. Weeks earlier, at her annual physical, she’d asked her doctor to send her for a colonoscopy. The specialist had found one tiny polyp, which she snared, removed, and sent for pathology. The next day, she was back to work, and the day after, she was back to her morning walk.

Hours before I’d met her — four days after her scope — she was sitting at a computer when she’d suddenly felt cramping at her lower abdomen. Seconds later, she was sprinting for the bathroom. When she let go, there was nothing but blood — bright red liquid, mixed with clots. She’d been told that this was possible — that bleeding, along with bowel perforation, were small but serious risks. Minutes later, she was back at the computer, sitting still, wondering if it would happen again. It did — two more copious, bloody stools over the next two hours.

At triage, her blood pressure was normal, but her heart rate was high — about one-twenty. She was sent to directly into the ER, and walked easily to a chair in the sub-acute area.

I look over her vital signs as I finish taking my my history. “A little,” she says, when I ask if she’s dizzy or lightheaded. “And I feel like I might have another bowel movement at any moment.”

I examine her. Her pulse is still high, but her color is good. Her heart sounds are normal, and her lungs are clear. She’s smiling. Her abdomen is soft, but a little tender in all areas. I order an X-ray and hand her the requisition. She’s likely bleeding from the site of the snared polyp, but I want to make sure there’s no perforation — that the scope hasn’t inadvertently ruptured the bowel. I point to her IV line. “You’re heart rate is a little high, so I’ve ordered some fluids and a medication to help stop the bleeding. We’ll see if we can find you a bed a soon as possible. It’s a little busy on the other side.”

“I know,” I reassure her. “Most of these bleeds resolve on their own. At this point, we’ll wait and see what happens. Just sit tight for now.”

This was a sticking point in her letter — that I barely did anything other than take her story, examine her, and order saline. And even after things went sour, I just popped in once or twice, and told her things would most likely settle by morning.

Three hours later, I’m back in acute. In a hallway stretcher lies a teenager who downed a cup of Javex. She’s going to be OK, but she has severe pain and ammonia-laced belches. As I order morphine and tell her that vomiting will only make things worse, there’s a loud page overhead. I rush back to sub-acute where Vivian is slumped over in a chair. Two nurses are by her side. Her pants are maroon-soaked.

Seconds earlier, the nurses tell me, she called out for help. She had to use the bathroom, but couldn’t get up. Her skin blanched, she became sweaty, and her head dropped. Two nurses were already there, and, they tell me that she didn’t lose consciousness. A stretcher is wheeled over, and Vivian is taken to the empty trauma bay where her pants are peeled off, and she’s cleaned. The morgue has called for acute 13, so soon, she’ll have her room. The internist on call overhears the commotion and joins us. He knows that my hands are full, and offers to take over Vivian’s care. “I’ll order a repeat blood count,” I say.

“That’s it?” Vivian yells. “I told you that I was bleeding and you’re still not doing anything?”

She thinks we’re conspiring together when the internist calmly repeats what I’d told her earlier. “Most of these bleeds resolve on their own.”

“The second doctor was as negligent as the first,” she said in her letter. “I saw him once, and then only four hours later, after he noticed my blood pressure had dropped to dangerous levels.”

In her letter, Vivian is right about one thing. Both the internist and I were in and out of the room, and neither of us sat with her and watched her for signs of cardiovascular collapse. But all the while, she was cared for by medical experts who ensured that she’d be OK. She doesn’t mention them at all — the nurses — the skilled professionals who looked after her from the moment she walked into the ER.

Vivian arrived to the ER at 3:00 p.m. that Saturday afternoon. At 3:15 Nurse A took her story at triage, and noted that her heart rate was slightly high. She bypassed less-sick patients and, five minutes later, Vivian was with Nurse B, inside the ER’s sub-acute area. Nurse B took Vivian’s vital signs a second time and confirmed that her heart rate was still high — a finding that suggested there was enough blood loss to make her heart react to the decrease in circulatory volume. By 3:20, Nurse B had drawn blood work, and inserted an IV line. She sent vials of blood for a hemoglobin count, clotting measures, and antibody screening — wisely anticipating the need for a blood transfusion. Ten minutes later, when I met Vivian, there was little for me to do, other than order medication, saline for hydration, and send her for the X-ray. When she collapsed, Nurse B was there, by her side, as well as Nurse C, who had come to her aid even though she had several other patients to look after. These were the nurses who asked a clerk to page overhead, and these were the nurses who helped her onto a stretcher, rushed her to the acute area, and then cleaned her, and changed her.

As I transferred care to the internist, blood was ordered for transfusion. And because of Nurse B’s quick thinking earlier, it was matched and ready for transfusion in less than ninety minutes. From that point, Nurse D took over. She inserted another IV line so that blood and fluid could be infused concurrently. And it wasn’t just coincidence that the internist returned three hours later when Vivian’s blood pressure tanked. Nurse D had been watching Vivian like a hawk; She took her vital signs thirteen times over three hours, and she was the one who called the internist the moment Vivian’s blood pressure dipped below the threshold of normal.

Over the next twelve hours, many other nurses looked after Vivian. They hung a second unit of blood and kept a third unit on hold just in case. They monitored her vital signs, and drew a second, then a third hemoglobin, ensuring her blood counts stabilized. They helped her onto a commode for two more bloody bowel movements, and then, a third movement that was back to normal.

When the gastroenterologist saw her the day after her arrival, he told her that the brown bowel movement was reassuring — that the bleeding had likely stopped. But she’d felt that she’d been left there, unattended for almost a full day — and that finally, someone was doing something. She proceeded with the colonoscopy. The bleeding had stopped. A fourth blood test showed no further drop in her blood levels. 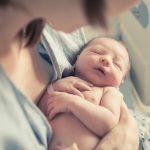 What makes you an effective change agent in health care? 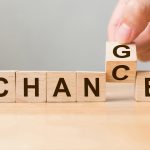 When the nurses’ work goes unnoticed in the ER
11 comments